A nickname for the Conservative campaign plane, or something else? 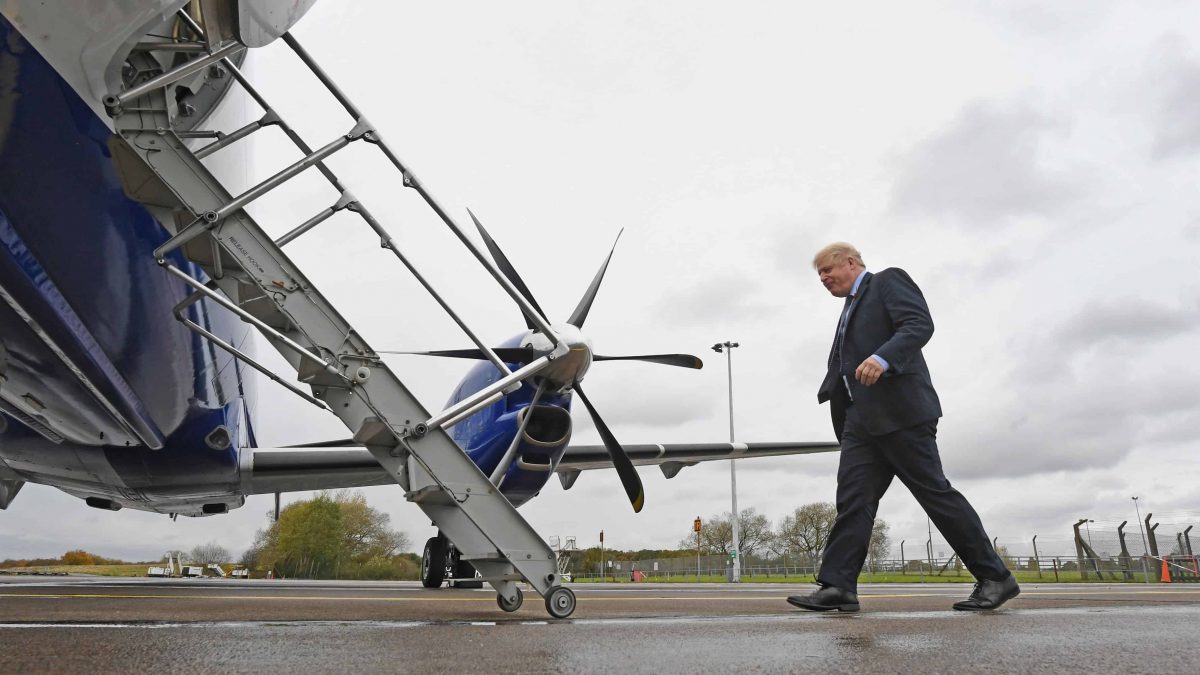 Boris Johnson has taken to the skies aboard “Con Air” as part of a three-nation campaign trip.

The Prime Minister landed in Teesside for the opening stop on the first full day of his General Election tour.

He will leave England for Scotland before a further stop in Northern Ireland on Thursday.

Arriving on board the plane, Mr Johnson said hello to those travelling with him and repeatedly remarked it was “Con Air” – an apparent nickname for the Conservative campaign plane rather than a direct reference to the 1997 action movie starring Nicolas Cage.

After arriving at Teesside Airport, Mr Johnson travelled to the Tetley Tea factory in Eaglescliffe.

He drank a cup of tea and discussed with staff whether it was best to leave the tea bag in the cup, different types of tea and asked: “What about cream tea?”

On the tea he was drinking, the PM said: “I need it, the plane was freezing.”

He was later given a tour of the production line and weighed boxes of teabags.

Johnson takes to the skies as the Conservatives weather a number of early hiccups.

Jacob Rees-Mogg “caused a huge amount of hurt and distress” following some “insensitive” comments on Grenfell Tower, and a number of candidates have been called out for comments they made in the past.

Francesca O’Brien wrote on Facebook that people on reality television show Benefits Street need “putting down”, while Nick Conrad once said women should keep their “knickers on” to avoid rape.