“Well we are now at the end of July, we don’t have a trade deal, all we have is a blueprint for a giant lorry park in the middle of Kent." 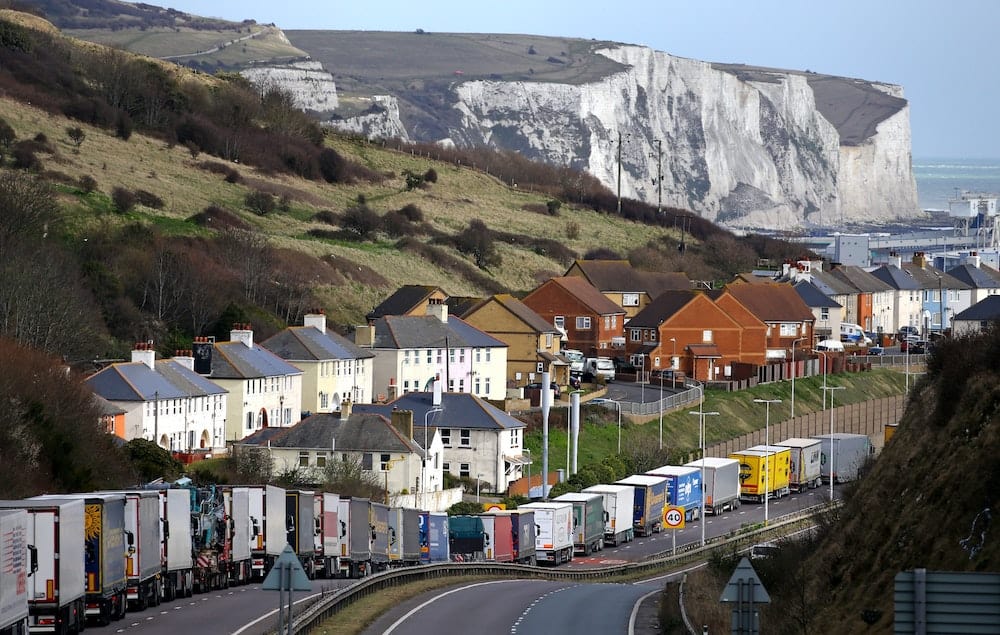 The creation of a vast “emergency lorry park” in Kent to hold up to 10,000 vehicles waiting to travel to Europe would be “bad news for British businesses who have already gone through a terrible time”, Labour’s Rachel Reeves said.

Ms Reeves said the country is “staring down the barrel of Brexit” with just five months left until the end of the transition period.

The Labour Brexit spokeswoman spoke to the PA news agency outside a 27-acre site near Ashford which was recently acquired by the Government.

There have been fears that the land will be used as an “emergency lorry park” for thousands of vehicles waiting to travel to continental Europe, as well as border-related checks.

The land lies next to the busy M20, a key route used by lorries heading to and from the Port of Dover and Europe.

Ms Reeves said on Thursday: “The Government said this was going to be the easiest ever trade deal ever to negotiate.

“We’re four years later (after the referendum) and we still don’t have a trade deal.

“The Prime Minister said just a couple of months ago that a trade deal would be secured by the end of July.

“Well we are now at the end of July, we don’t have a trade deal, all we have is a blueprint for a giant lorry park in the middle of Kent.

“So this is very different from what we were promised as recently as the general election in December last year.”

She added: “It is bad news for the British businesses who have already gone through a terrible time in the last few months.”

Carla Hopkins, who lives nearby, met Ms Reeves on Thursday morning and told her that residents had had no warning about the plans.

She said: “We weren’t told anything. It was sneaky.

“First we knew was the sign that went up a few weeks ago saying the footpath had been closed.”

She said she is worried about the pollution the “concrete monstrosity” will cause and the loss of another piece of countryside forever.

Richard Lavender, president of Kent Invicta Chamber of Commerce, said that, from a business perspective, it has “got to be” in that location because of the proximity to the motorway and junction 10A.

He added: “Somewhere we need three or four of these throughout Kent.

“The problem being that our infrastructure just closes down if there’s a fishermen’s strike in Calais, no cross-Channel ferries and things like that and we come to a grinding halt in this county every single time, therefore businesses get on to me saying ‘solve it, solve the problem and get these lorries off the road’.”