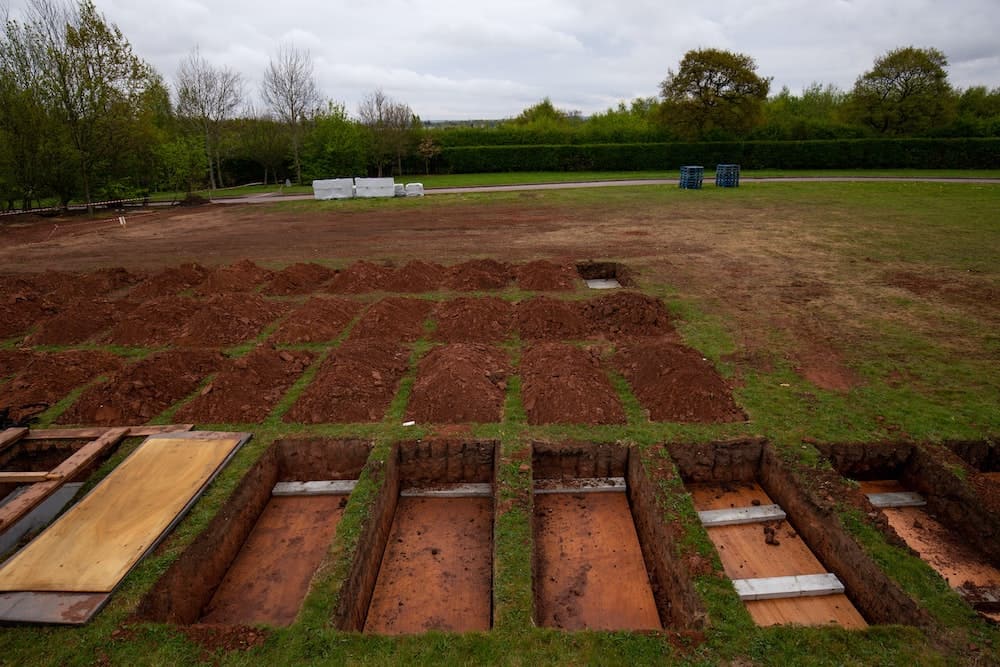 England had the highest levels of excess mortality in Europe across the first half of 2020, according to new analysis by the Office for National Statistics (ONS).

By the week ending May 29, England had a relative cumulative age-standardised mortality rate of 7.55% – meaning it was 7.55% higher than the average mortality rate between 2015 and 2019.

England still had the highest cumulative excess deaths rate two weeks later, by the week ending June 12, though at this point there was only data available on 17 other countries to compare it with.

From February 14 to the week ending June 12, England experienced the second highest peak of excess deaths, after Spain, out of 21 countries with data available.

Edward Morgan, from the ONS’s health analysis and life events division, said the first half of 2020 saw “extraordinary increases” in mortality rates across Western Europe, when compared with the average over the past five years.

He continued: “While none of the four UK nations had a peak mortality level as high as Spain or the worst-hit local areas of Spain and Italy, excess mortality was geographically widespread throughout the UK during the pandemic, whereas it was more geographically localised in most countries of Western Europe.

“Combined with the relatively slow downward ‘tail’ of the pandemic in the UK, this meant that, by the end of May, England had seen the highest overall relative excess mortality out of all the European countries compared.”

Using the measure of all-cause mortality to calculate the impact of the pandemic means results are not affected by the different ways countries record Covid-19 deaths.

It also considers the indirect impacts of the pandemic, such as reduced or delayed access to care.

Every local authority area in the UK experienced excess mortality between the weeks ending April 3 and May 8, while other countries in Western Europe experienced more localised excess deaths, the ONS said.

The ONS said that while Spain recorded the highest peak of excess mortality, England had higher levels of cumulative excess mortality thanks to longer periods of time with mortality rates above the average.

Looking at major cities, the highest peak excess mortality was in Madrid, which saw levels of excess mortality in the week ending March 27 that were more than five times higher (or 432.7% higher) than the average expected mortality rate in 2015 to 2019.

Regions in Spain, Italy and England made up the top 20 areas across Europe with the highest recorded peak mortality rates.

Areas in England included Brent, Enfield and Ealing, in greater London, and Thurrock in Essex.

Brent was the worst affected area in England, experiencing the highest peak excess mortality – 357.5% in the week ending April 17.

The area with the highest peak mortality rate in Europe was Bergamo in Italy – 847.7% in the week ending March 20.

Dr Veena Raleigh, senior fellow at The King’s Fund, said the pandemic has exposed “the wide and widening health divide” in the UK population.

She said: “Over the past decade, life expectancy improvements in the UK have lagged behind our European peers.

“With the worst coronavirus death toll in Europe, there is a very real risk that the UK will slide even further down the life expectancy league tables.

“The priority for the UK is to control the pandemic and learn lessons ahead of a potential second wave, but it is also essential to tackle the underlying reasons for stalling life expectancy in recent years – many of which contribute to poor Covid-19 outcomes.”

Jonathan Ashworth, Labour’s shadow health secretary, said the statistics are devastating, adding: “We can no longer hide from the fact the Government has not handled this crisis well and needs to urgently learn lessons from its mistakes.”