Instead, they have opted to just "rack up some quick trade deals," she said. 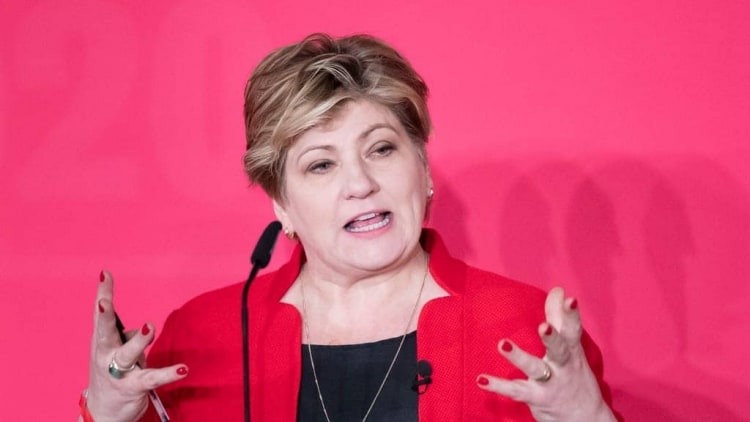 The UK needs a “partnership between the public, the government and businesses” if it is to achieve its post-Brexit “goals”, the shadow international trade secretary has urged.

Speaking exclusively to TLE, Emily Thornberry, Labour MP for Islington South and Finsbury, said it is “misguided” that the government “thinks it knows best and can strike trade deals without the input of the public, unions, businesses and parliament”.

Her comments come amid reports that the UK’s trade deal with Australia is set to include an investor-state dispute settlement scheme (ISDS) – a system of secret courts that could enable disaffected businesses to seek compensation if their profits are affected by government policy.

The framework for a trade deal with Australia is expected to be announced before the G7 summit formally begins on 11 June as the UK seeks to conclude trading agreements to compensate for the loss of tariff-free access to European markets.

“Signing away our rights”

The decision to include ISDS has sparked criticism across the political divide, with campaigners arguing that the system of secret courts could impede the actions of national governments and allow companies to potentially ignore climate and humanitarian obligations.

ISDS allows firms to bypass civil courts and sue national governments behind closed doors in a tribunal system separate from a country’s own legal system if they feel policies will harm the value of investment. Claims can be made on areas such as public health, and other laws passed by an elected government.

Commenting on the inclusion of such a system in the UK-Australia trade deal, Thornberry said: “Firstly, it’s important to say that we haven’t seen the deal yet – there is still time for the government to make sure that we aren’t subject to ISDS with Australia and I would encourage them to do that.

“But if the non-denial I heard last month from the Department for International Trade mean that they have agreed to ISDS, I think it shows that they are complacent and that they don’t grasp the implications of what they’re signing up to,” she said.

“At a time when we need a big, ambitious vision to combat the climate crisis, we can’t have Liz Truss sign away our right to regulate for a quick and easy trade deal.”

“Ties our hands on the environment”

With a number of post-Brexit trading agreements having already been struck by the government, most recently with Norway, Iceland and Lichtenstein, the trade deal with Australia is set to become the UK’s first major deal since leaving the European Union.

But, according to the international trade secretary, the inclusion of ISDS in the UK-Australia trade deal would serve neither “the expression of our values and our interests”.

“At a time when the UK is chairing Conference of the Parties (COP) and the G7, it’s baffling that the government is even considering signing up to a system which ties our hands on the environment – just as it isn’t in the public interest to risk a lawsuit every time we want to improve working conditions or consumer protections.

“I have been pressing the government on the impact of ISDS on a whole host of issues for over a year now and I have yet to get a proper answer from them.

“From the potential Australia deal to the Comprehensive and Progressive Agreement for Trans-Pacific Partnership (CPTPP), it is clear that ISDS has real implications, from health policy to our public services to the environment – there may be questions about what we can do about the proposed coal mine in Cumbria, for example, which is backed by Australian investors.

“These worries are exactly why New Zealand wrote themselves out of most of the ISDS clauses in the CPTPP. We need a government that is willing to do the right thing and carve the UK out of these clauses too.”

In May 2018, New Zealand’s minister for trade and growth export, David Parker, announced that his government had signed “side letters” with five other countries that exclude compulsory investor-state dispute settlement processes.

Since being elected in 2017, New Zealand’s prime minister Jacinda Ardern said the government would do its utmost to strip ISDS clauses from the CPTPP, opposing such provisions in any future free trade agreements it seeks to negotiate.

Conceived by western multinationals to protect them against the seizure of their assets in the aftermath of a coup or by rogue states, the system of ISDS have evolved to include indirect expropriation, by which any government measure that impacts the expected profits of a business can be challenged.

A number of experts, including former high court chief justice, Robert French, have criticised the system for its lack of an independent judiciary, with cases instead heard by practising advocates and with no precedent or appeals process.

For Thornberry, the system of secret courts established by ISDS is something the UK should “seek to avoid wherever possible”.

She said: “Justice is always best served by transparency and openness, both in what decisions are made, and what evidence and arguments they are based on.

“The ISDS system falls short on many of those fronts, but I don’t think that is something that bothers this government in the slightest. Transparency and accountability have never been strong suits of this government, and I think their acceptance of ISDS is just another example of that.”

With 1,100 known cases involving disputes against health and environment law, opposition has increased within the European community to reject ISDS, with all 27 EU member states terminating such systems between themselves.

As of January 2020, the total number of known treaty-based ISDS cases reached 1,023, with 120 countries having been respondents to one or more ISDS claims, data from the United Nations Conference Trade and Development has shown.

Responding to questions from MPs, on the inclusion of ISDS in the UK-Australia trade deal, trade minister, Greg Hands, said: “There will be a chapter on investment. We are huge investors in each other’s markets. I would remind the House that the UK has never lost an ISDS case.”

But, according to the shadow international trade secretary, the UK needs a “trade policy that levels the playing field for businesses and improves standards for our consumers.”

She added: “Ultimately, we need a partnership between the public, the government and businesses to achieve our goals. This goes hand in hand with promoting workers’ rights, the environment and consumer protections through our trade deals.

“I don’t seriously believe the suggestion that businesses want to stop us tackling the climate crisis or improving consumer standards. You only have to look at the work the CBI have done with the TUC and various civil society groups to see that.”

The need for “proper scrutiny”

With the negotiation of international agreements falling under the Royal Prerogative — the UK-Australia trade deal will be one of the few acts that ministers can take without the formal approval of Parliament.

In 2019, the Constitution Committee published its sixth report in a series of reports published by a number of parliamentary committees that have criticised the current processes for agreeing and scrutinising trade deals.

It stressed that “Parliament scrutinises the Government’s treaty actions – through the mandate, negotiation and ratification phases – that precede implementing legislation”.

However, the report found that “no systematic scrutiny of treaties currently takes place prior to signature.”

It added that after treaties have been signed, the House of Commons can only “delay” their ratification, with the government choosing to make time for it to do so.

Asked if a greater level of scrutiny is required when negotiating trade deals, Thornberry said: “It is absolutely necessary to have proper scrutiny of trade deals. Trade affects everybody, and it is so misguided that the government thinks it knows best and can strike trade deals without the input of the public, unions, businesses and parliament.

“I’ve tried time and time again to ensure that we have a proper say over these trade deals and this government duck scrutiny every time,” she told TLE.

“It’s crazy that, after almost 50 years of trade policy being decided at an EU level, we have been handed a golden opportunity to shape a new, progressive system which everyone has a stake in – and this government has decided to squander it just to rack up some quick trade deals.”