The worrying figures came as talks to end the Brexit impasse in Northern Ireland broke down. 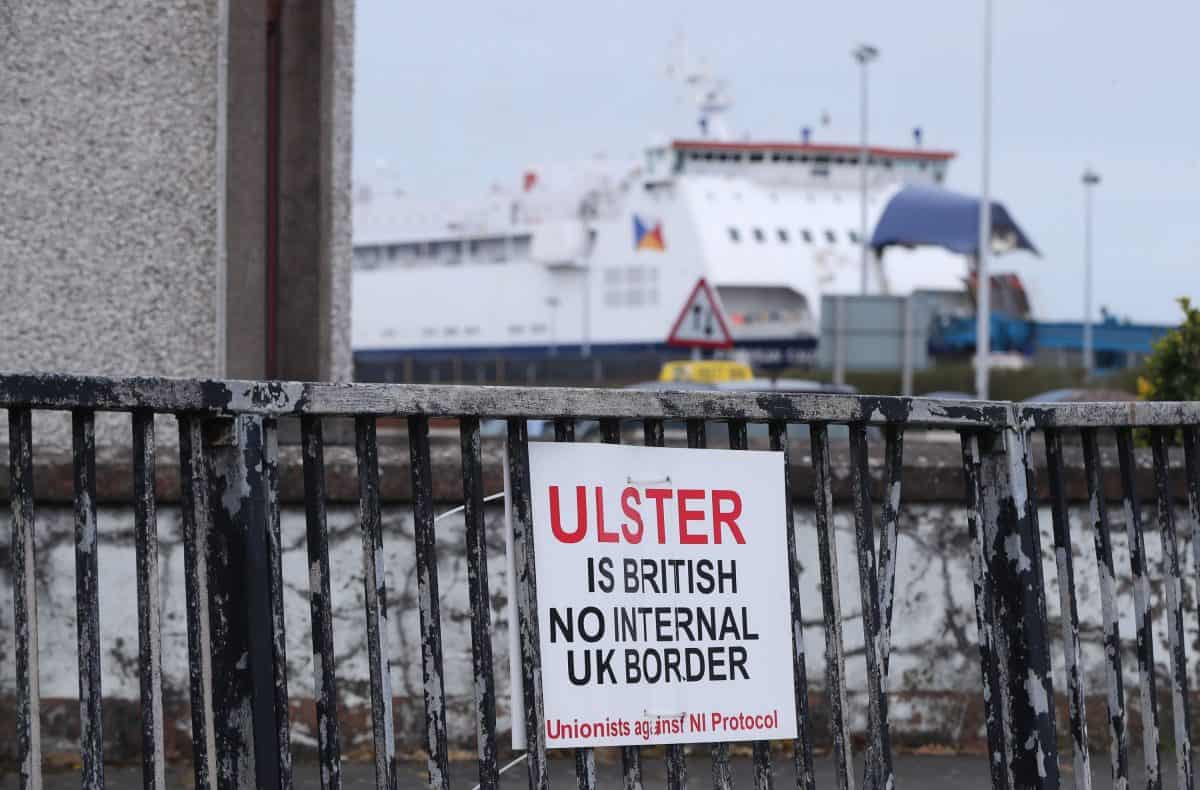 European trade is recovering from the devastating impact of the coronavirus pandemic – but the UK is a “clear outlier” as the impact of Brexit begins to bite.

Dennis Novy, an economics professor at the University of Warwick, pointed out that German exports were up up 11 per cent in total between January and April this year compared to the same period in 2020.

Exports to European Union nations from the country are up by 15 per cent, and the figures for China and the USA are  21 per cent and 12 per cent respectively.

However exports to the UK have plummeted, falling by six per cent – bucking a trend of growth across the continent.

UPDATE: German trade is doing well in 2021, recovering from Covid with all major trading partners. The UK continues to be a clear outlier.

The worrying figures came as the EU threatened to launch a trade war against Britain if it fails to implement checks on goods entering Northern Ireland under the terms of the Brexit “divorce” settlement.

After talks in London ended without a breakthrough, European Commission vice-president Maros Sefcovic said patience with the UK was wearing “very, very thin”.

His warning came after Brexit Minister Lord Frost refused to rule out the prospect that the UK could unilaterally delay imposing checks on British-made sausages and other chilled meats due to come into force at the end of the month.

Following three-and-a-half hours of discussions at Admiralty House, Lord Frost accused Brussels of adopting an “extremely purist” approach to the implementation of the Northern Ireland Protocol in the Withdrawal Agreement signed by Boris Johnson.

In a press conference afterwards, Sefcovic insisted the EU has shown “enormous patience” in the face of “numerous and fundamental gaps” in the UK’s compliance with the agreement.

He said that any further backtracking will be met with a resolute response.

“Of course, as you would understand, the fact that I mentioned that we are ata crossroads means that our patience really is wearing very, very thin, and therefore we have to assess all options we have at our disposal,” he said.

His warning came as President Joe Biden’s national security adviser, Jake Sullivan, said the US does not want to see any action that would put at risk the Northern Ireland peace process, which the Protocol is designed to protect.

Ahead of Biden’s meeting with Johnson on Thursday, before the G7 summit in Cornwall, Mr Sullivan said it is up to the two sides to find an agreed way forward.

“President Biden believes and has said that the Northern Ireland Protocol, as part of the agreement between the UK and the European Union, is critical to ensuring that the spirit, promise and future of the Good Friday Agreement is protected,” Sullivan told the BBC.

“That being said, of course the UK and EU need to work out the specifics and the modalities on that, need to find some way to proceed that works both for the EU and the UK.

“But whatever way they find to proceed must, at its core, fundamentally protect the gains of the Good Friday Agreement and not imperil that.”