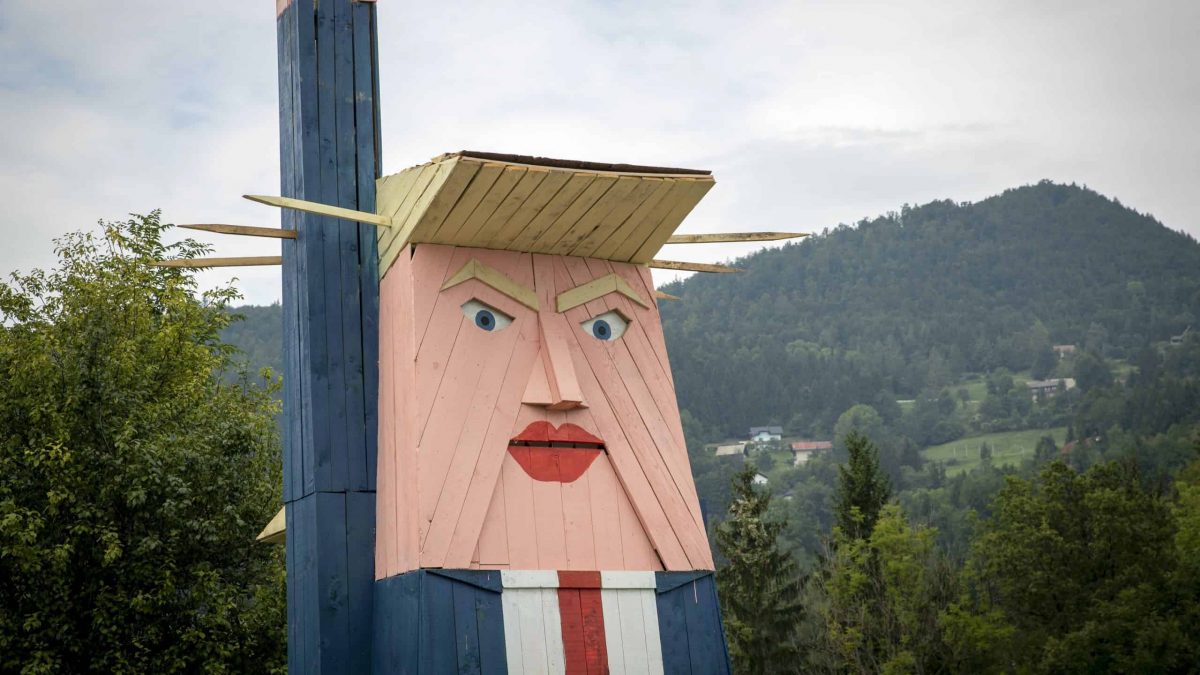 Donald Trump Jr has started a movement to replace any statue torn down during the riots with a “new and more sturdy statue” of his father.

Protesters attempted to pull down a statue of former US president Andrew Jackson near the White House on Monday night before being dispersed by police.

It comes as Washington DC protesters toppled a statue of Confederate general Albert Pike on Juneteenth – the day marking the end of slavery in the US.

A statute of Christopher Columbus was also toppled outside the Minnesota State Capitol earlier this month.

President Trump announced that statue vandals could face up to ten years in prison if they get caught.

“I have authorised the Federal Government to arrest anyone who vandalizes or destroys any monument, statue or other such Federal property in the U.S. with up to 10 years in prison, per the Veteran’s Memorial Preservation Act, or such other laws that may be pertinent”, Trump said.

“This action is taken effective immediately, but may also be used retroactively for destruction or vandalism already caused.

“There will be no exceptions!”

Wading into the debate, his son wrote on Twitter: “Want to save our monuments? Let’s get a movement going to replace any statue torn down during these riots with a new and more sturdy statue of @realDonaldTrump.

“The nonsense would stop instantly.”

Want to save our monuments?

Let’s get a movement going to replace any statue torn down during these riots with a new and more sturdy statue of @realDonaldTrump.

The nonsense would stop instantly.

The response has largely been one of disbelief.

Myatt Daymun added: “Yes, monuments for a one-term President who was impeached, cheated on all 3 of his wives, and sat at the helm of a more divided country as we’ve seen in decade.”