One fan brandished a sign saying "all round to Boris's after" at the 2022 PDC World Darts Championship. 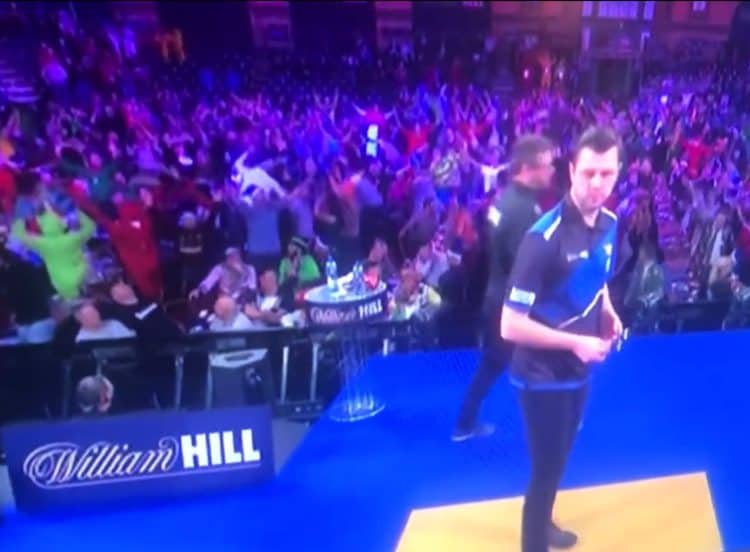 After weeks of embarrassing headlines over lockdown gatherings and criticism over his failure to heed scientists’ advice ahead of Christmas, Boris Johnson found himself the target of some rather different negative publicity.

Chants of “Stand up if you hate Boris” could be heard as spectators packed Ally Pally in London for the 2022 PDC World Darts Championship on Monday evening.

It comes after Leeds United fans vocalised their dissatisfaction during their clash with Arsenal on Saturday night.

The prime minister suffered another bruising week last week after hundreds of Tory MPs rebelled against Covid measures and the ‘ultra safe’ North Shropshire seat fell to the Liberal Democrats in a by-election.

The Express called on its readers to “put faith in Boris”, saying he is “down but not out”.

Evidently, not everyone holds the same belief.