"'We must put faith in Boris’ screams Tory fanzine aimed at the under 10s and the wildly gullible. Why. On. Earth. Would. We. Do. That?" Said one Twitter user. 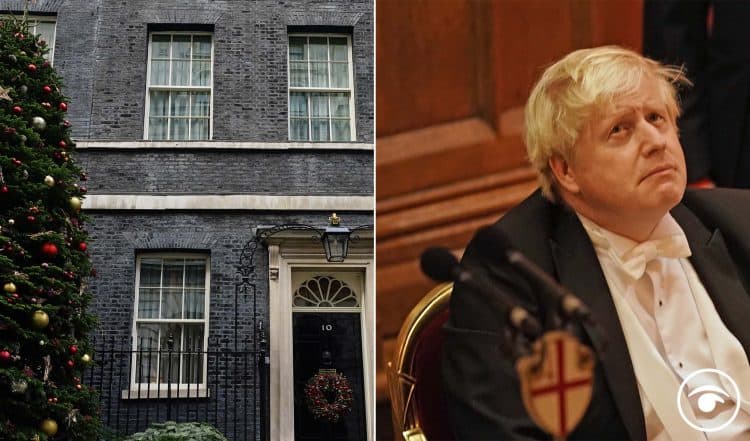 Have you ever had faith in Boris Johnson? If the answer is no then, it is doubtful the Express newspaper will change your mind.

However, looking at their front page today, they are hoping that enough people ‘must’ keep the faith in the PM, to keep him in the top job.

It comes as Cabinet Secretary Simon Case has “recused himself” from leading an investigation into lockdown-breaking parties across Whitehall, following allegations of gatherings in his own department.

Mr Case had been tasked by the Prime Minister to investigate parties reported to have been held in Downing Street and the Department for Education in November and December 2020.

And it was confirmed the scope could be widened to other alleged parties if Mr Case thought it necessary.

But following reports there were two parties held in the Cabinet Office in December 2020, a No 10 spokesperson said: “To ensure the ongoing investigation retains public confidence the Cabinet Secretary has recused himself for the remainder of the process.”

Even the Daily Telegraph (Johnson’s real boss?) ran a front-page headline saying his bid to move on from shocking poll numbers has been derailed.

Regardless the Express decided to back their man and ran with a headline: “Down but not out! Why we must put faith in Boris.’

As you can see it seems more of a demand than a friendly request.

Stranger still, even the Express itself said he was in freefall yesterday, but miraculously overnight have decided we MUST now support him.

A lot can happen in 24 hours I guess. However, it is usually just more revelations about how awful a PM he is.

Anyway, a lot of people took umbrage with the headline and took to Twitter to make their point…

Or simply and rudely put…