The hedge fund manager warned that the worst may yet be to come and that sterling may soon be worth less than a dollar. 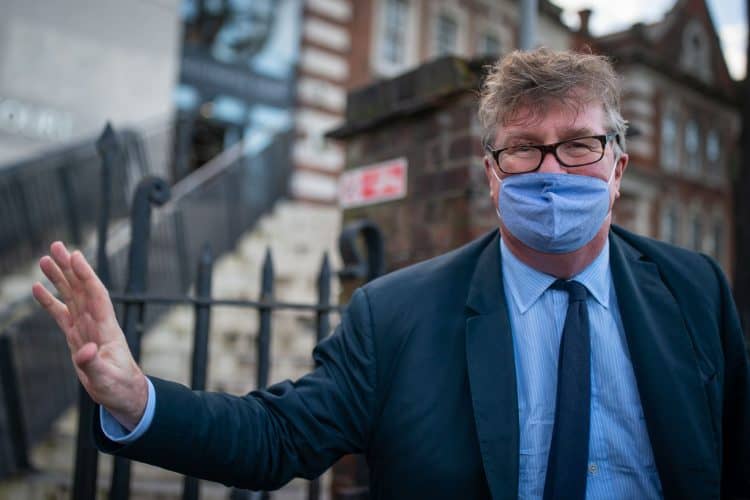 Hedge fund manager Crispin Odey – who cashed in handsomely on Friday thanks to bumper bets against the UK economy – has pointed the finger at Remainers for the pound’s historic slump.

Speaking to the Telegraph, the arch Brexiteer defended his short positions against sterling, arguing that the rout on the currency in the wake of Kwasi Kwarteng’s tax cuts was triggered by Remainers in the City who “hate” the Government.

“I never felt the kind of hate that Friday stirred up for a long time,” he said.

“Amongst lots of friends of mine who are Remainers, they just decided that they hate this Government. Obviously Kwasi they hate now as well, and they think Liz Truss is useless. They can’t stand poor Jacob Rees-Mogg.”

Odey branded attacks on his fund’s decision to bet against sterling and UK gilts as “rubbish”.

He said: “My love is grouse shooting. And we are in the middle of [the season] right now.

“The truth is that I didn’t do anything on Friday. I shot. I haven’t put a trade on for the last two months. I didn’t need to. This was easy to see from miles away and didn’t depend on Kwasi coming into government or anything else.”

Odey warned that the worst may yet be to come and that sterling may soon be worth less than a dollar.

“In the short term, I think the pressure is still going to be downwards on the pound,” he says.

But regardless he remains optimistic that Kwarteng and Truss can turn things around.

He said: “I look at this and think I’m now, for the first time, in the medium term very optimistic about the UK.

“The Remainers would love it that our situation [to be] much worse for having left Europe. But actually in the last four years Germany has lent Southern Europe €400 billion. That is a monstrous amount of money that will never get paid back.

“Europe’s got all the same problems that we have in terms of inflation coming through, but it doesn’t have a Kwasi trying to sort of introduce a marketplace again… incentivising people to do the right thing rather than the wrong thing.”

“I always remember that sense of sort of, wow, when [Nigel] Lawson in March of 1987, cut the top rate of tax from 60 to 40. And one that there would be rioting in the streets.

“We are all pre-conditioned to move very gingerly.

“Whereas this is a government that has taken some big, big decisions. I don’t think it was politically motivated so much as it was, it was people [in the City] just hating that they might even get this right.”