"It needs to be denounced decisively before it threatens all political civility", ITV's Robert Moore said. 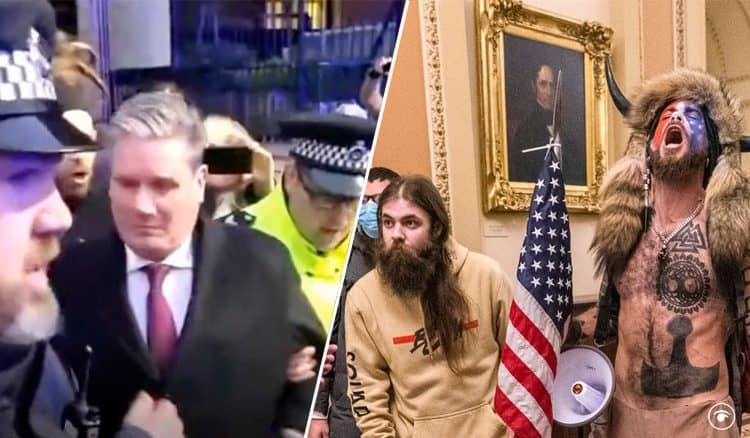 A journalist who won awards for his Capitol riot coverage has warned of history repeating itself after a mob harassed Sir Keir Starmer near Parliament on Monday.

Robert Moore, whose ITV documentary Storming The Capitol was honoured at two prestigious awards ceremonies last year, said the January 6th insurrection has now “crossed the Atlantic” in the wake of the confrontation.

“The same conspiracy theories, the same smears, even the same incendiary chants.

“It needs to be denounced decisively before it threatens all political civility”.

The Capitol riots in Washington shook the world after a mob of protestors were riled up by the outgoing president of the United States, Donald Trump.

Politicians in the UK and across the rest of the world warned politicians to “take heed” of the impact of their words after the supporters stormed the building, leaving four dead.

Jenni Sargent, managing director of First Draft, a not-for-profit organisation that monitors and combats dis- and misinformation, said the prospect of such violence as that seen in Washington DC was “there in plain sight”.