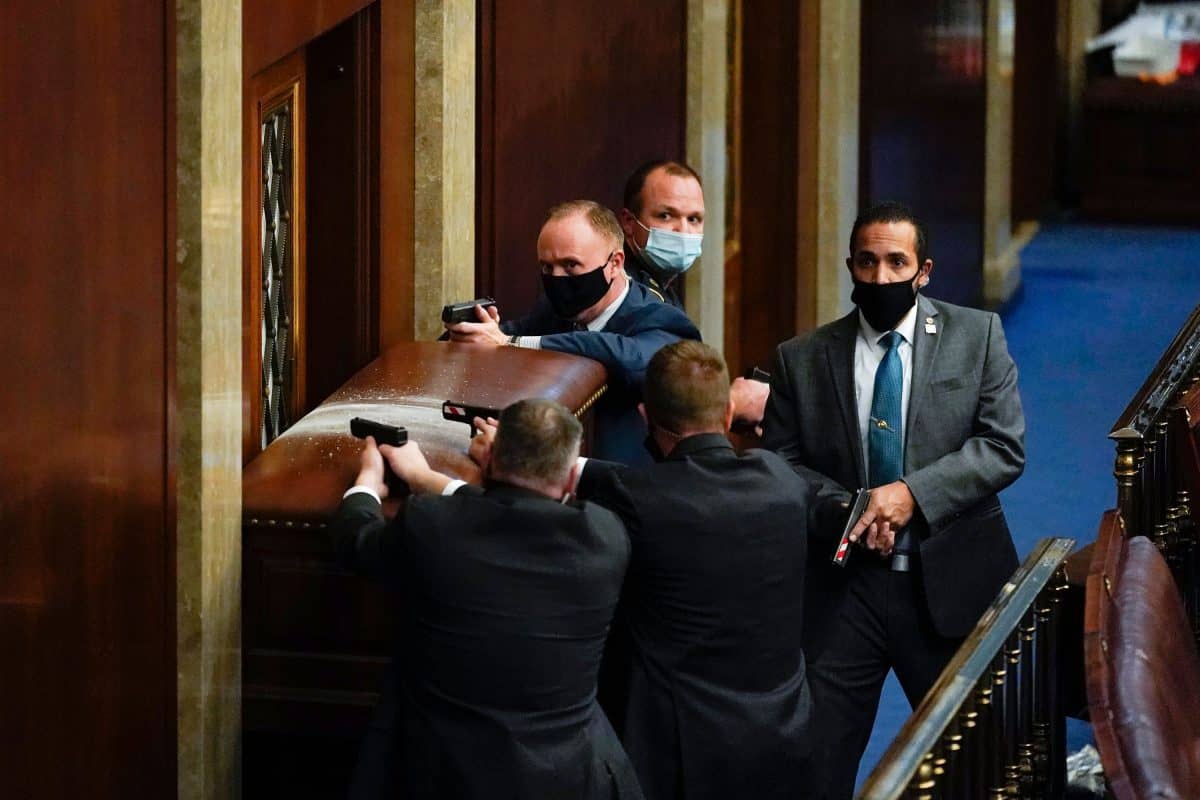 Politicians in the UK and across the rest of the world have been warned to “take heed” of the impact of their words after a crowd of Donald Trump supporters stormed the US Capitol, leaving four dead.

Right-wing supporters of the president invaded the historic centre of US democracy on Wednesday, driven by his false claims that November’s election had been illegally stolen from Mr Trump by opponents.

The events were no surprise to experts who have studied the spread of false information online, such as Dr Paul Reilly, senior lecturer in social media and digital society at the University of Sheffield.

“There’s been several months of disinformation spread on social media, alleging that the election has been stolen from Donald Trump, amplified by Donald Trump,” he told the PA news agency.

“And unfortunately, the scenes we saw last night were perhaps an inevitable consequence of this.”

Mr Trump received further criticism after releasing a video during the riots repeating his false election claims and telling the demonstrators “we love you”.

“I think Donald Trump’s role in amplifying this content is in large part responsible for what we saw last night,” Dr Reilly added.

Jenni Sargent, managing director of First Draft, a not-for-profit organisation which monitors and combats dis- and misinformation, said the prospect of such violence as that seen in Washington DC was “there in plain sight”.

She cited the viral spread of conspiracies theories such as QAnon, which includes, among other things, false claims that Mr Trump is secretly fighting “deep-state” enemies and a cabal of child sex traffickers.

Ms Sargent pointed out that many of the demonstrators were wearing clothing or carrying flags related to QAnon or other related online groups, adding that while such people had been treated as an “extreme fringe”, they had now entered the mainstream.

“We’ve got merchandise, we’ve got logos, we’ve got icons that help people define themselves and proudly present themselves as a member now of these online groups.”

Dr Reilly said Mr Trump’s role in the violence in Washington should act as a warning to politicians elsewhere.

“I’d like to hope that politicians in the UK would take heed of what’s happened there,” he said.

He added that he hoped those who shared anti-vaccine or anti-mask messages would “take note of what the long term impact of that might be”.

“What might appear to be playing to your base or something which helps you mobilise support during contentious issues or elections might ultimately lead to people not believing in the institutions themselves, and (could evolve into) the sort of armed insurrection we saw last night in the US.”