“I regard it as a tremendous compliment to be called an unco-operative crusty", the Prime Minister's father said. 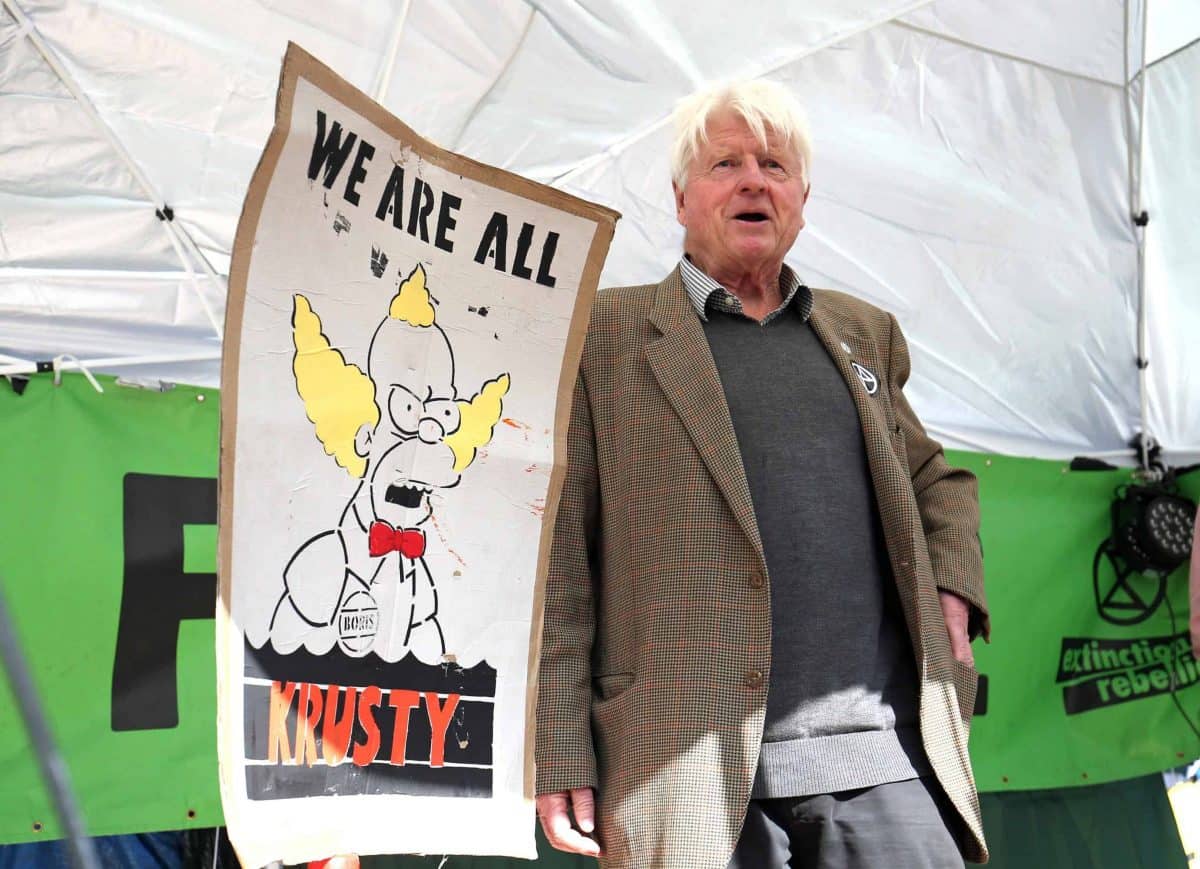 Stanley Johnson said the Prime Minister’s comments about “unco-operative crusties” who were holding up the traffic and calling for protesters to abandon their “hemp-smelling bivouacs” were made “in humour”.

Mr Johnson senior praised the actions of the protesters after speaking in Trafalgar Square on Wednesday in front of a substantial crowd.

Earlier this week, the PM told a London launch of the third volume of Margaret Thatcher’s biography:

“I am afraid that the security people didn’t want me to come along tonight because they said the road was full of unco-operative crusties and protesters all kinds littering the road.”

When asked about the comments, Mr Johnson senior said: “I regard it as a tremendous compliment to be called an unco-operative crusty. That was a remark made in humour.”

Speaking to PA Media, he added: “I’m showing up here because I think what they [Extinction Rebellion] are doing is tremendously important. From tiny acorns, big movements spring.

“This is a movement, it is a very important movement.

“It is absolutely clear to me that we have been moving far too slowly on the climate change issue.”

He said the protests had not affected the Johnson family as a whole, and that they shared views on the issue of climate change.

“As far as climate change is concerned the family dynamic would be totally united. I don’t believe there is a single dissenting voice in the Johnson family.

“Don’t forget we grew up in the country, we grew up on Exmoor, nature is in our blood.

“I don’t think you need to say ‘will he [Boris] listen [to the protests]’. If you listen to what he said on the steps of Downing Street that very first day, he ended with an appeal for movement on the environment and animal welfare, and that is a very, very good sign.”

Related: Parliament to sit on a Saturday for first time since Falklands War as Brexit deadline nears