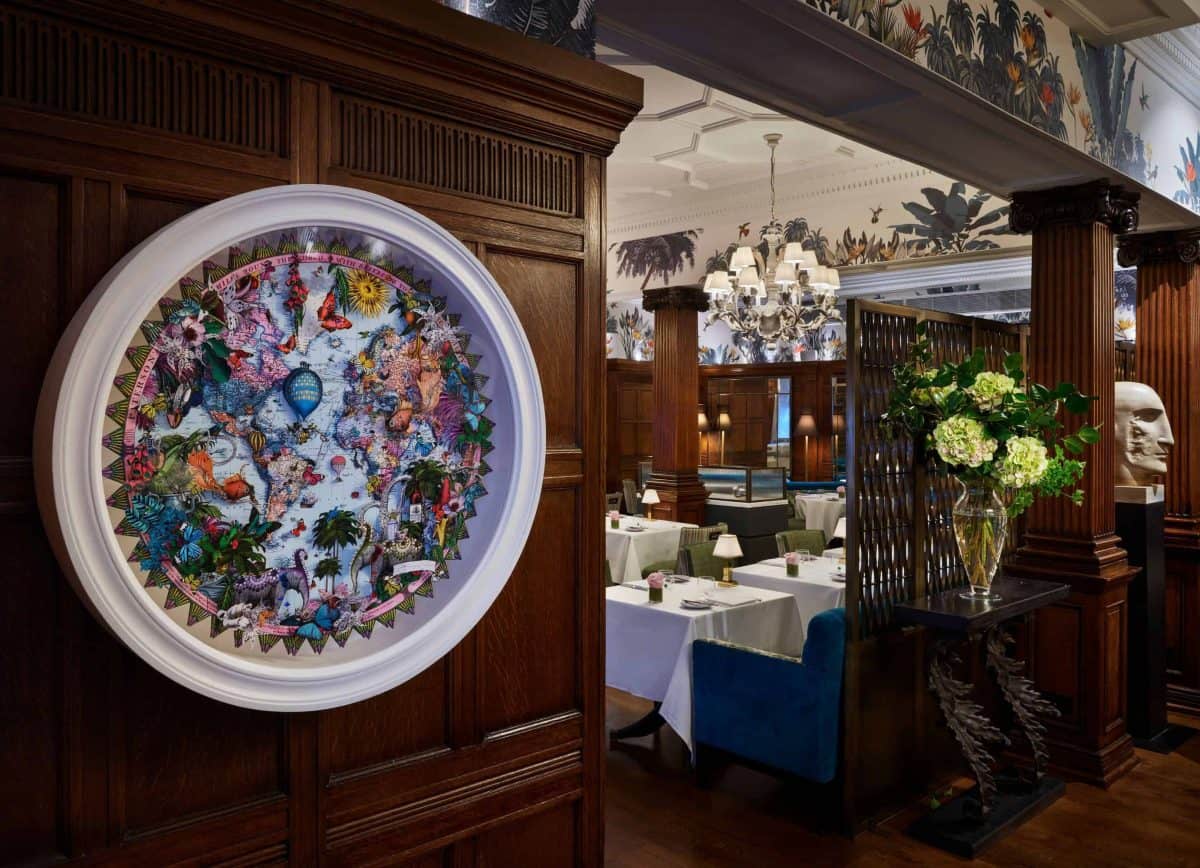 A hotel since 1837, Brown’s is said to be home to London’s first public dining room. It’s thus unsurprising that the space remains so classically decorated (little has changed since Beck’s departure) and service is equally polished, intended to reflect a bygone era. Waxed oak panelling is joined by colourful botanical wallpaper; plush upholstery and crisp table linen. Although plenty of effort has been devoted to make the room appealing, it’s still very much a hotel restaurant dining room. The food is generally excellent, however. While Byatt acts as the restaurant’s chef director, the kitchen is headed up by Matt Starling, formerly of Fera at Claridge’s. Here, British classics are joined by some modern European dishes, all embellished with contemporary flair. Daily specials are served from a trolley at lunch, including North African spiced lamb shoulder, glazed Essex gammon, or poached Sutton Hoo chicken.

During a Friday evening service soon after the restaurant had opened, the space was relatively full with a mix of diners. Dinner began with an amuse bouche of firm radishes intended to be dipped in a blob of silky smoked cod’s roe; then bread that was particularly notable, treading the line between a focaccia and sourdough ciabatta. From the menu’s ‘to share’ heading, six courgette flowers were a relatively simple dish but each element was executed with aplomb (£15): perfectly cooked flowers were cloaked with a light batter, deftly fried and crowned with a drizzle of truffle honey. A terrine of chicken, ceps and duck liver was another triumph (£14). Evoking a terrazzo floor tile, the terrine was served at room temperature rather than fridge-cold (hallelujah!) and had an ideal ratio of fat-to-flesh, escorted by a thick slice of toasted brioche.

Reading as one of the menu’s most exciting dishes, za’atar spiced monkfish (£31) featured slices of monkfish tail cooked over coals, snuggled by a reasonable crust of za’atar, further accompanied by a quenelle of smoked aubergine pesto, which paired superbly with the fish, and a bed of Sardinian fregola. A less adventurous order, Dover sole (£40) was exemplary, served on the bone as requested, gently pan fried and served with a butter sauce embellished with capers, lemon juice and a whisper of parsley. Classic British cooking at its absolute best. On the side, triple-cooked chips acted as a fine vessel to chase that glorious sauce around the plate long after the fish had been eaten. Fine beans with toasted hazelnuts were fine, if not a little perfunctory.

For dessert, the Gâteau Opéra was highly recommended as well as the salted caramel custard tart – a Trinity favourite (all desserts expensive at £12 each). A profoundly rich concoction of coffee-soaked almond sponge cake, ganache and buttercream, covered with chocolate, the Gâteau Opéra was a textbook example of the French cake. The salted caramel, on the other hand, was marginally lighter: featuring a thin pastry base with set custard filling generously salted to counteract the caramel’s intense sweetness. An elegant dessert that fits nicely with the hotel’s suitable new restaurant.