“There is just no end to the depravity of this man," one person said as #Boristheliar trends on Twitter. 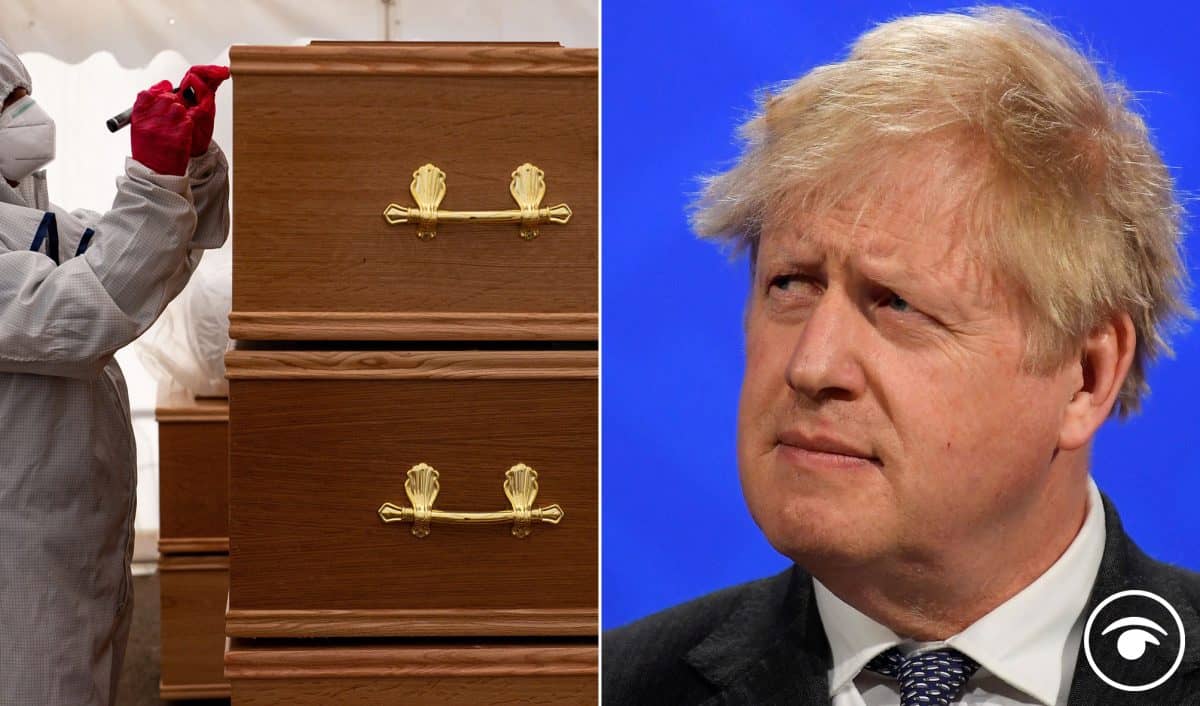 The hashtag #BorisTheLiar was trending on Twitter this morning following a story in the Daily Mail which alleges that the prime minister said “let the bodies pile high in their thousands” as he batted off calls for more lockdowns in an October meeting.

Despite being strenuously repudiated by defence secretary Ben Wallace, who said it has been “categorically denied by practically everyone,” Labour was quick to jump on the front page story this morning.

A spokesman said: “If this report is true, then these are truly shocking and sickening comments from Boris Johnson.

“It is hard to imagine how families who have lost loved ones to Covid will feel reading them. He must make a public statement as soon as possible.”

The reaction on social media has also been particularly fierce, with one person saying that even if audio recordings of the shocking utterances were released, it’s still unlikely that the PM will resign.

Even if an audio recording of Boris Johnson saying “Let the Bodies Pile High” emerges he still won't resign, that is what happens when you have such a stupid electoral system that gives someone a huge majority for five years with 40% of the vote. #BorisTheLiar

Jack Caramac added: “I don’t know about you, but I’m still relieved that we didn’t get a PM who looks weird when he eats a bacon sandwich”, while David pointed out that the PM had said it would be “frankly inhuman to cancel Christmas”, but doesn’t mind saying “let the bodies pile high.”

See below for what people had to say about the allegations:

This has to be resignation stuff. How can anyone support @BorisJohnson after this? @JulieMarsonMP #BorisTheLiar https://t.co/Ut90o2KsOJ

The good news is that the only people who can get rid of me are Tory MPs. They only care about votes, so as long as enough of the great unwashed don’t give a shit how corrupt I am, I have nothing to worry about!#BorisTheLiar

I don't know which phrase will be used in history to define Boris Johnson's incompetent time as PM, 'Bodies piled up', or 'Oven ready'.