From the newsletter: India is in a coronavirus crisis. Should the IPL be cancelled? 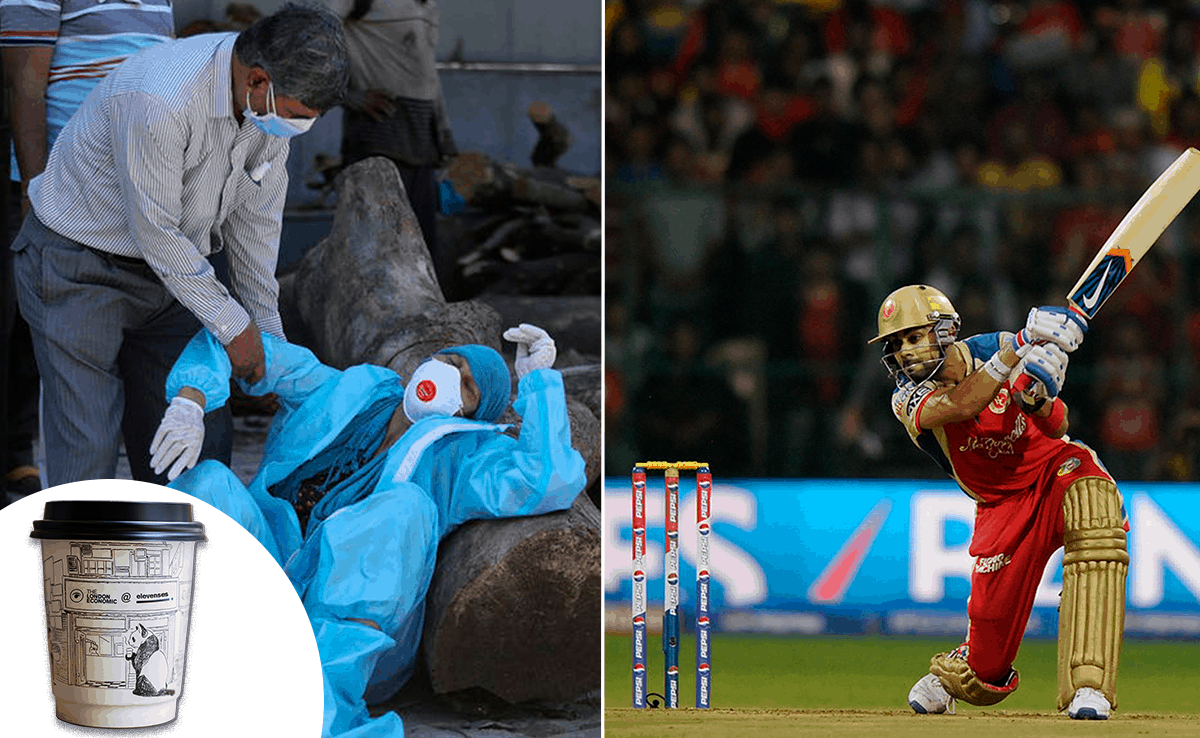 Good morning. India has lurched from crisis to catastrophe. The data is frightening; another 352,991 new coronavirus cases were logged on Monday, breaking the country’s own global record for the fifth day straight. A further 2,812 deaths were recorded – another daily high. In the last week, there has been an 89 per cent increase in Covid-19 deaths compared to the week before and a total of 2.2 million new cases – although true figures are thought to be much higher. Experts reckon we’re a fortnight or so from the peak of this deadly surge, with new daily infections set to pass half a million in the not-too-distant future. Hospitals are overflowing, oxygen is running out, and people are hoarding vital medicines at home.

And all the while the rodeo rolls on. The Indian Premier League, the premier domestic cricket competition in the world, a siren song for the sport’s very best, is into its fourth week. This iteration of the tournament is unlike those to precede it. Stadiums from Chennai to Delhi, usually teeming with cricket-mad fans, sit empty but for a clutch of smug-seeming executives. Players travel from bio-secure hotel to bio-secure hotel, cocooned from the chaos unfolding outside. Some have started to drop out, foreign stars foregoing bumper paydays to fly home and domestic icons opting out to focus on keeping their families safe.

So drastic is the situation beyond the gilded bio-bubbles that many are now calling for the tournament’s cancellation. For some of the players, that would surely come as a relief. English cricketers, for example, might be forgiven for looking wistfully over their shoulders as we ease back to normality and our own season gets gently into the swing of things. Others point to the vast energy and resources needed to keep the show on the road. Players are tested for coronavirus thrice daily, while ambulances and police wait dutifully outside stadiums on match-days. Staging the IPL is not an insignificant undertaking; a previous edition of the tournament was relocated to South Africa because it clashed with a national election and the state couldn’t spare the manpower to ensure its safety. Would the infrastructure siphoned off to let the tournament play on be better-employed tackling the pandemic on its doorstep?

Even at its best the IPL – with its unending reel of cement sponsorships and bombastic adverts for mid-range Indian saloon cars – can feel a little tone-deaf. It has been dogged by accusations of grift and corruption, and can often feel like a brash vehicle for national self-promotion at the expense of countries like Pakistan, whose players are still prevented from participating. This year’s tournament has taken that sense of dissonance to a ludicrous extreme – it is cricket as pure transaction. However that doesn’t necessarily mean it should be scrapped. It’s easy for people like me, removed from the viscerality of India’s coronavirus catastrophe, to call the IPL a disgrace and demand it be taken off air. But that would ignore a question we’ve touched on in earlier versions of this newsletter: what is the role of sport in a pandemic-stricken society?

It’s a bit of a stretch to label the IPL a public service, so naked are the private interests at stake. Nonetheless, sport has – in theory at least – taken on meaning beyond competition in the last twelve months. When the Premier League returned in the midst of the UK’s first wave, it was heralded as a genuine national morale-booster. Every game was televised, as a way of keeping fans at home and improving adherence to lockdown rules. A similar argument could be made in India; the IPL’s ever-presence on television screens may make it easier for many to obey curfews and follow restrictions, giving cricket obsessives (read: most of India) further reason to stay at home.

It’s a delicate equation, which becomes much more difficult to solve as bodies and cases pile up. It would be no surprise if the tournament was curtailed or cancelled in the coming weeks. Players may vote with their feet, or the pandemic could penetrate the protocols currently keeping staff and sportsmen healthy. But as of now, for all the shallowness of the spectacle, the IPL rumbles inexorably onwards.