The white paint represents the "destruction and cruelty of the dairy industry", the campaign group said. 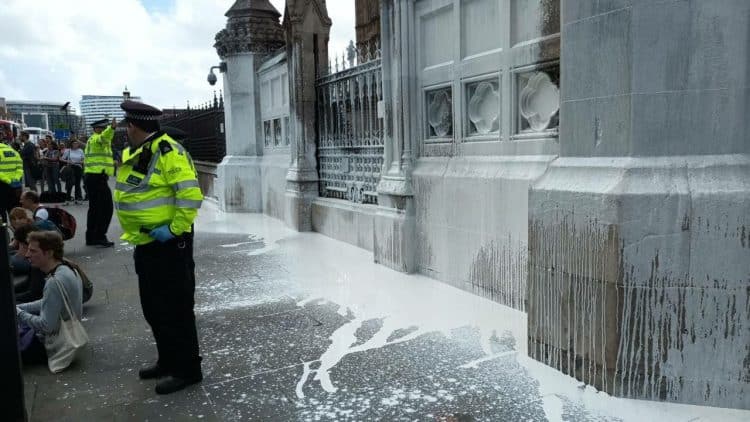 In an online statement, Animal Rebellion reported “The road has been blocked, and white paint from milk bottles poured onto the street demanding the government support a Plant-Based Future.

“The landmark also just got a new coat of white paint to represent the destruction and cruelty of the dairy industry. This follows 4 days of disruptive action as part of the Plant-Based Future campaign.

“Animal Rebellion is calling on the government and Liz Truss to support farming and fishing communities to move away from animal farming and fishing as part of an urgent transition to a plant-based food system and then rewild the freed-up land as a result.”