Labour must liberate welfare from the political closet and build a politics for the future: a democratised participative public economy and a responsive and responsible market sector. 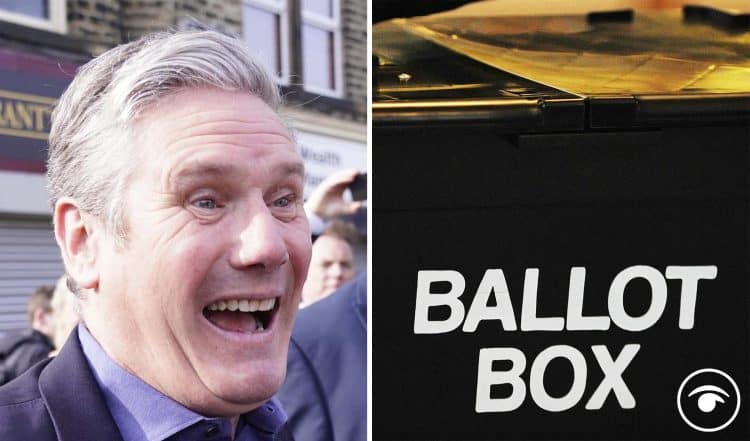 If the Labour win in Wakefield is to be more than another desperate political ricochet by a ‘left-behind’ community, the ‘handbag’ economics that has stunted debates about public welfare for more than half a century must be rejected. Handbag economics is based on the image of a (small) state-housewife dependent upon a (large) head of household, wealth creating, market.

The market has not proved to be a good head of household. It does not see itself as the guardian of public welfare. Where possible it avoids taxes and stashes its earnings off shore. Greed is declared to be good and there is no social stigma in astronomic executive pay while whole communities languish. Being rich is seen as a good in itself – regardless of how the money is made. Greed trumps need. Oligarchs polish their super yachts while billionaires burn up the planet jetting around in space. Like sulky teenagers, regulations and responsibilities are met with resentment while leaving a mess behind them for others to clean.

The hyper-rich disappoint their own parents. Adam Smith would find little evidence of the hidden hand of private self-interest producing public virtue. Margaret Thatcher, cheerleader for the untrammelled market, and proud carrier of handbags, did not see the flowering of philanthropy that she hoped. Alan Greenspan who, as head of the US Fed, nurtured financial exuberance, was dismayed at the financial irresponsibility it unleashed.

The new kid on the block

The power of handbag economics has lain in the trumping question that crushes all public welfare proposals: ‘where is the money to come from’? The implication is that there is no money – nor any magic money trees. All public spending is presented as an act of robbery taking money from the pocket of the hard-pressed (private sector) taxpayer.

A growing body of monetary economics avoids this trap by asking a slightly different question – where does money come from? Its conclusion is that money does not emerge spontaneously from market forces, nor does it have any fixed form or limits. The total money supply is constantly changing.

So where does new money come from? Most money in circulation comes from somewhere – that payment comes from these wages – these wages are paid from this company  – this company’s money comes from investments, consumer payments etc. However there are two sources of new money that effectively come from nowhere: bank lending and state spending. These both create money: banks when they lend in expectation of repayment, and governments who set budgets in anticipation of tax and other incomes. The technical source of both new money issues is usually the central bank – but the authority to create this money derives from the state.]

The importance of the state power to create new money was clearly demonstrated in the financial crisis of 2007-9 and the recent pandemic. Similarly, the pandemic revealed the importance of the ‘real’ economy of essential services, public and private.

It is time to reject the simplistic and wrong-headed nostrums  of handbag economics. Far from its claims for the superiority of the market, in the last resort markets need the monetary power of states. Labour must liberate welfare from the political closet and build a politics for the future: a democratised participative public economy and a responsive and responsible market sector.

Related: Miracle of the market: Why is the Bank of England still telling fairy tales?