BT denied the initiative was a food bank, saying it was set up by staff to help colleagues, such as those who struggle to get to the shops after a long shift. 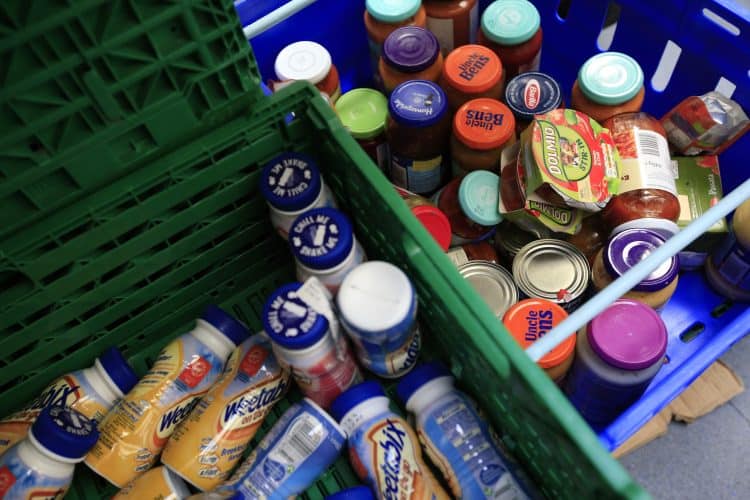 Communications giant BT has denied a union’s claims that call centre staff have set up a foodbank to help them during the cost-of-living crisis.

The Tyneside CommunitEE pantry was set up by staff at EE – owned by BT – and offered cupboard staples such as pasta, cereal and oats, as well as baby food, and was first reported by The Big Issue magazine.

The Communication Workers Union (CWU), which is balloting members over strike action, said the pantry at a North Tyneside call centre was a food bank and an example of low pay.

The row began after the General Secretary of the Communication Workers Union tweeted the following.

But BT denied the initiative was a food bank, saying it was set up by staff to help colleagues, such as those who struggle to get to the shops after a long shift.

A BT Group spokesman said: “Some colleagues have set up donation collection points at several offices to pass on donations to local food banks.

“In addition, at our North Tyneside office, following an idea from frontline colleagues, a small collection of household items is available for colleagues who don’t have time to visit the supermarket or who are working outside of the canteen opening hours.

“Colleagues then replace the items for others to use and this shouldn’t be confused with a food bank.

“We’re proud of the proactive and generous actions our colleagues take to support each other and their local communities.”

A CWU spokesperson said: “BT Group announced profits of over £1.3 billion this year and paid out over £700 million to shareholders.

“The CEO of BT Group received a pay package of £3.5 million.

“These obscene figures are set against frontline workers struggling to get through the cost-of-living crisis.

“BT pride themselves on being a blue chip company.

“They can’t claim that whilst handing out charity rather than proper wages.

“This is why we are balloting for strike action and why CWU members are so angry.”

Related: Food banks warn third of parcels being given to children as charities ration supplies