We are in the midst of a long overdue reckoning. Private schools shouldn't be exempt. 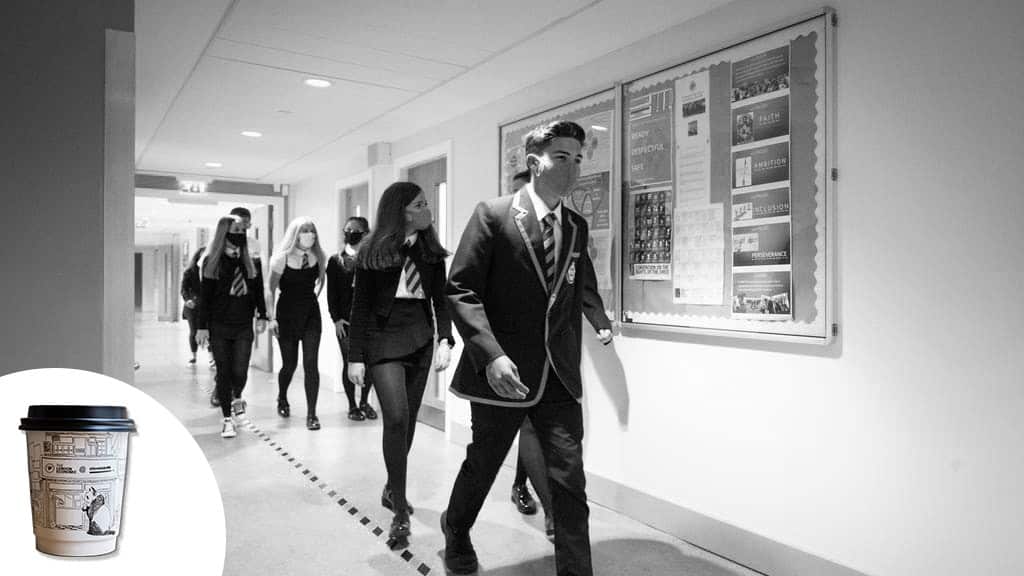 Good morning. Like George Floyd before her, Sarah Everard’s death has sparked a wave of anger and introspection; this time, about the way in which men – and the systems and institutions overwhelmingly skewed in their favour – treat women. One such story this week has centred around King’s, a private school in Wimbledon singled out as a “hotbed of sexual violence” in an open letter written by a girl who attended a neighbouring school. King’s, as it happens, is where I went to school.

The letter’s writer Ava Vakil, who left school in 2019, invited girls to share their experience of sexual violence or harassment by King’s boys – and they did, in their droves. Male pupils are accused of violent sexual assault, telling rape jokes and circulating nude photos of girls without their knowledge or consent – while teachers are said to have ignored the scale of the problem. It is a harrowing and humiliating document – one which, I hope, is treated with the severity it deserves by students and staff. A few things have struck me since the letter was published. First is the extraordinary bravery of Ava and her peers in sharing their stories – and taking it straight to the headmaster to demand he do something about it. The utter refusal of Generation Z to tolerate ill-treatment and systemic injustice in the last year or so – from fighting for racial and gender equality to organising rent strikes at Covid-struck universities – is awe-inspiring.

The second is more personal. I left King’s in 2013, and my year was only the second in which girls were admitted to the sixth form. There were around 40 of them, and about 150 of us. I like to think that no friends of mine would engage in the sort of conduct brought to light in Ava’s letter (which is hardly deserving of a pat on the back), but there is no doubt that we created a hostile atmosphere and, in far too many cases, treated girls – at King’s and beyond – terribly. Forced to confront that fact, those I’ve spoken to in recent days have been candid and humble, showing willing to confront the ingrained biases and prejudices we certainly held at school and which we must work harder still to overcome today. As for the school itself, it undoubtedly could have done more. I don’t remember a single talk or briefing from staff before the girls arrived. When they did, and issues started cropping up, the only intervention was a 20 minute assembly in which boys were asked to be more considerate. That, as far as I can remember, was it.

But, as Sarah’s death has shown, this isn’t a story about the odd bad apple – it’s not about one man, or even one school. Schools are a reflection of society, and – as the Everyone’s Invited campaign is highlighting – there are similar stories to be told from private schools across the country. Few will generate the same level of national press coverage as King’s has; many more will remain untold. But every story shared sheds a little more light on institutions which are increasingly hard to justify. One thing which courses through Ava’s 11-page letter is the unmistakeable whiff of elitism. Schools like mine – particularly those which are overwhelmingly male – instil and entrench privilege. They create a sense of ‘us’ versus ‘them’ by virtue of their existence; ‘they’ are other, ‘we’ are better. King’s can improve safeguarding and do more to educate its pupils. But a private school’s fundamental consequence is to draw a line between those who can afford it and those who can’t. As Ava’s letter has made clear, that internalised entitlement inevitably spills into life beyond the school gates.

We are in the midst of a long overdue reckoning; fee-paying schools shouldn’t be safe from it.