From the newsletter: Rishi Sunak's reputation - and hopes for higher office - hinge on the cost-of-living crunch. 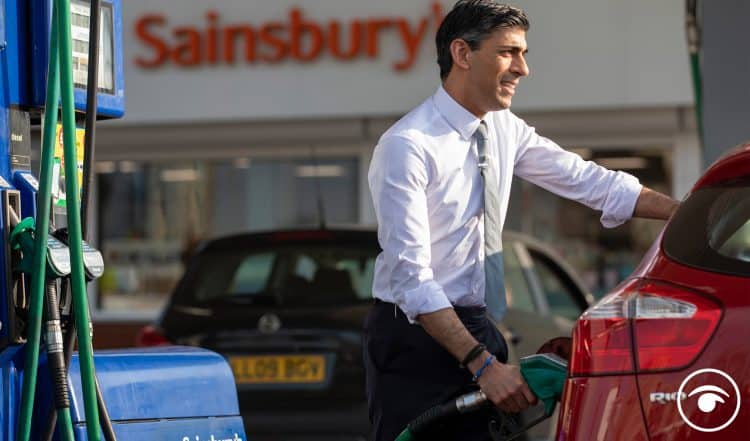 Good morning. Rishi Sunak finished 2021 as the UK’s most popular politician. A YouGov survey for the final quarter of last year found that 31 per cent of all adults held a positive view of the chancellor, compared to 26 per cent for his next-door neighbour, Boris Johnson.

At points during his tenure – which, it’s strange to reflect, is a little over two years old – Sunak has been more popular than any chancellor since Gordon Brown. In that first lockdown, amid a slew of Treasury support schemes and spending splurges, a whopping 59 per cent of Brits thought Sunak was doing a good job. Yet even gold can lose its sheen. As of last month, for the first time since he took over, more people think Sunak is doing a bad job than a good one. He may have started this year on top of the pile, but chances are he’ll end it in an altogether different place.

Sunak is a man profoundly interested in his own performance. ‘Brand Rishi’, the subject of much chatter in Westminster, is big business. There’s the branded newsletter; the stylised influencer-chic signature; the cringe-inducing photoshoots; the polish, the smile, the slickness. Optics matter. If nothing else, they give us a hint at how politicians like Sunak (and his leadership rival Liz Truss, for that matter) want to be seen: as people of gravitas, leaders-in-waiting who are getting on with the job and looking damn good doing it. It’s all a bit forced – and more than a bit annoying.

Yet all of that stuff, telling though it may be, doesn’t really matter. What will come to define Rishi Sunak’s chancellorship – and his designs on his boss’s job – is how he navigates the biggest squeeze in living standards since the Second World War. The early indications are that he will meet these extraordinary times with rather unextraordinary measures. Wednesday’s spring statement – a sort of mini-budget – offered a smattering of tax cuts, including a long-trailed 5p-a-litre cut to fuel duty and a £3,000 increase in the threshold for national insurance contributions. Struggling families facing soaring energy bills and startlingly-high inflation can’t be blamed for asking: is that it?

The response has been withering. The Institute for Fiscal Studies said the chancellor had “proved to be something of a fiscal illusionist”, having announced tax cuts that would not offset other previously announced tax-hiking plans. And the Resolution Foundation think-tank suggested the spring statement will push 1.3 million people – including half a million children – into poverty, while raising tax to the highest level since 1945. Contrast Sunak’s offering with France, which is forcing EDF, the state energy giant, to take a €8.4 billion hit by limiting bill rises to four per cent this year, Spain, where leaders have vowed to slash taxes from home energy bills by levying a windfall tax on utility firms, and Germany, which has just slashed the price of public transport and handed workers and families extra cash.

More could be done, and it’s telling that it isn’t. Sunak has already suggested further energy bills relief could come in the autumn, a hint that he is aware of the inadequacy of his efforts thus far. However as far as the chancellor’s apparently limitless political ambition goes, it could be too little, too late. The way things are trending, it will be a minor miracle if he ends 2022 as he did 2021.