"Look who has crawled out of his kissing corner," tweeted one person after reading Hancock's gloating message. 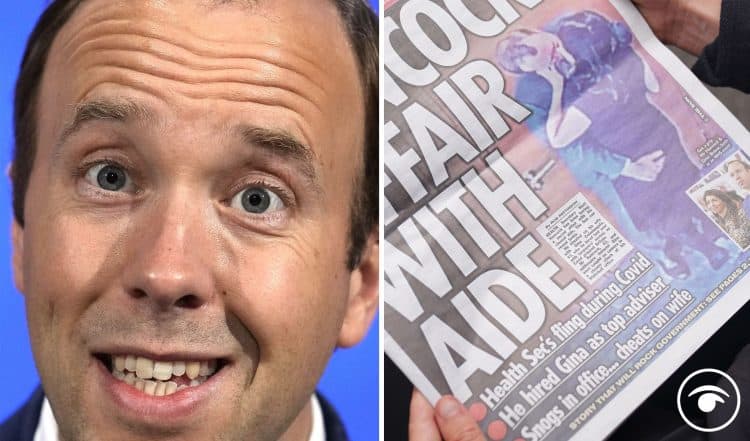 Matt Hancock (who else could it be) was full of gusto yesterday.

He took to Twitter to slam Jolyon Maugham’s Good Law Project for losing a legal case against the government.

For those of you who don’t know the Good law project has been holding the government account for dodgy PPE contracts going to friends of the Conservative Party.

Hancock tweeted: “BREAKING: Jolyon Maugham’s @GoodLawProject lose another court case The discredited GLP has been accused of ‘serious carelessness’ & should stop wasting court time with their conspiracy theories I’m grateful to everyone who worked so hard in the pandemic to save lives.”

So how did they lose case?

Well the government did win this case, but it is not exactly the comprehensive victory Handsy Hancock would have you believe.

According to the Good Law Project themselves:

Today, a split Court of Appeal has rejected our appeal, with one judge for us and two against.

Our external solicitors emailed the claim form that commences proceedings directly to the Government lawyers working on the case, as they had been asked to do, but failed to send it to a generic “new proceedings” email address by way of formal “service”, as had also been requested. The Government’s lawyers confirmed receipt of the papers almost immediately after receiving them but did not flag that the “new proceedings” email had not been copied until one day after the deadline for service.

This mistake had no practical consequences for the Government’s ability to prepare a defence, since their solicitors were aware of the claim well before the deadline. However, two of the Court of Appeal judges hearing the case have found that it should nonetheless prevent the claim from being pursued.

So anyone who actually looked past Hancock’s tweet and into the reason for the result may not side with his version of the case, and a LOT of people didn’t