From the newsletter: Labour and the Tories are stuck in a 90s time warp when it comes to crime and justice. 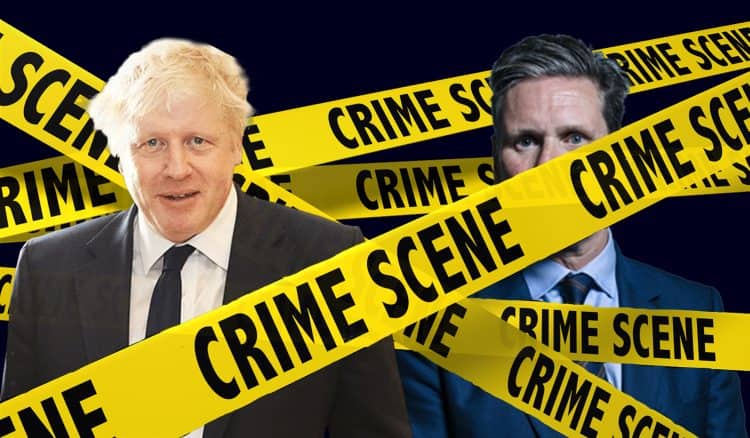 Good morning. A couple of months ago, a report from the IPPR think-tank suggested trust in politicians has hit a record low. In 1944, just 35 per cent of Brits viewed politicians as being “out for themselves”. By 2014 that number had grown to 48 per cent and, by December, it had reached 63 per cent. There are a great many less quantifiable corollaries of the evaporation of political trust. Populism and polarisation are named by the IPPR as likely outcomes, as are disengagement and disillusionment with the political process.

This final buzzword – disillusionment – is what may envelop many Elevenses readers parsing a recent interview with Steve Reed, Labour’s newish shadow justice secretary. In a sit-down with the Mirror, Reed proclaimed that Tony Blair had “got [it] right” with his infamous “tough on crime, tough on the causes of crime” slogan. He revealed that a Labour government would “absolutely” look at “naming and shaming” recreational drug users. And, in a strangely bloodthirsty admission, Reed – a victim of a knifepoint robbery more than two decades ago – declared that he fully understands “the urge that people have, the natural instinctive urge for punishment and retribution”.

Where does one even start? To borrow some logic from Keir Starmer’s shadow cabinet, Blair seems as good a place as any. Reed explained that there is a risk of getting “out of balance” between being “tough on crime” and “tough on the causes of crime”. While there are “things in people’s lives that make them more likely to offend”, he suggested “if you over-focus on the things that have happened in people’s lives that lead them to offend, it can sound like you’re trying to excuse what they’ve done.” In short, dealing with the root causes which lead people to commit crime in the first place are not as important as responding forcefully to that crime after the fact. Deterrence over prevention. We’ve been here before. In fact, we never left.

There is no eradication of crime without addressing its underlying causes – those “things in people’s lives that make them more likely to offend”, as Reed puts it. Take drug policy. Between 2011 and 2016, opioid deaths in the UK rose by more than 68 per cent. LSE research has shown that opioid mortality and hospitalisation increases in line with unemployment: every ten per cent increase in joblessness is associated with seven opioid-related deaths and 62 hospitalisations. Unemployment, homelessness, entrenched inequality, a soaring mental health crisis: these aren’t “things in people’s lives” – they are people’s lives, period. Pursuing heavy-handed mitigation while ignoring what necessitated that mitigation in the first place is beyond short-sighted. It is politics by focus group, policy formulation by what you think will play well in the press.

And it is, unsurprisingly, very similar to what the Tories would do. Our two major parties sing from the same worn-out old hymn sheet when it comes to crime and justice. It is a far cry from 2019, when Labour’s manifesto focussed on up-stream fixes – “boosting public health, mental health and early years services” – in an effort to “break the vicious cycle of poverty, inequality and crime”. But that joined-up approach “gave the impression that we were more concerned about the criminals than about their victims”, Reed says. So instead we’re given reheated slogans and rehashed initiatives mired in a late-1990s time warp from which there seems to be no escape. Can you blame us for feeling disillusioned?