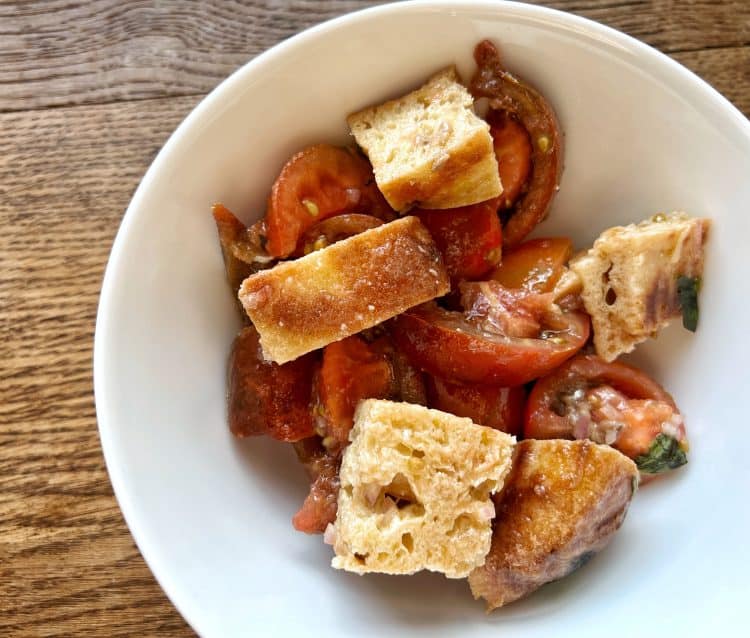 Like the classic Salade Niçose, panzanella is a quintessential summer salad. But if you have access to good quality tomatoes (I’m particularly fond of Piennolo or Iberiko winter tomatoes), the tomato and bread salad can be a gorgeously transportive dish, evocative of warm Tuscan summers.

With the name panzanella believed to derive from both ‘pane’, meaning ‘bread’, and ‘zanella’, meaning ‘soup bowl’, the Italian salad is typically associated with Tuscany, made using stale, moistened bread, tomatoes, and an olive oil-based dressing.

With bread having been a Mediterranean staple for millennia, panzanella is thought to have been invented out of necessity, as a means of utilising stale bread. Without modern preservatives, bread would typically be dried and eaten up to months later, with inventive recipes introduced, including the likes of both panzanella and gazpacho. Yet it wasn’t until the 16th century, at the earliest, that tomatoes were used – after having been brought back to Europe from the Americas. Onions were instead used alongside the bread.

Today, tomatoes and stale bread are the key components, but many recipes call for myriad additional ingredients. This panzanella recipe, however, is fairly simple, showcasing good quality tomatoes and Italian bread, with a dressing that brings everything together. Considering the fact that so few ingredients are used, it’s worth investing in the best quality tomatoes you can afford, as they make a huge amount of difference to the overall dish, with the water extracted also used in the dressing. As for the bread, I’d suggest using something with a firm crumb structure to prevent it from falling apart. In Tuscany, traditional Tuscan bread is generally used, but focaccia, ciabatta, and even sourdough work well. The bread should also be very dry, ideally dried in the oven on a low heat if not already stale. 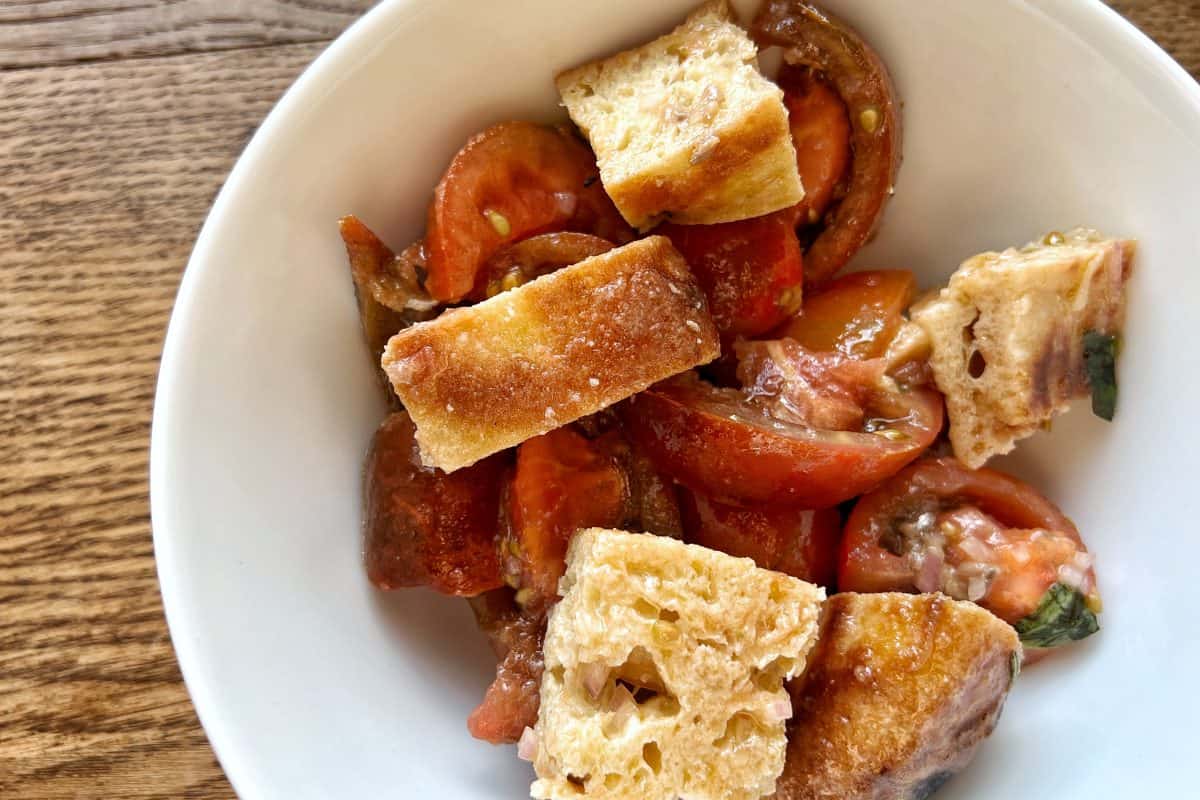