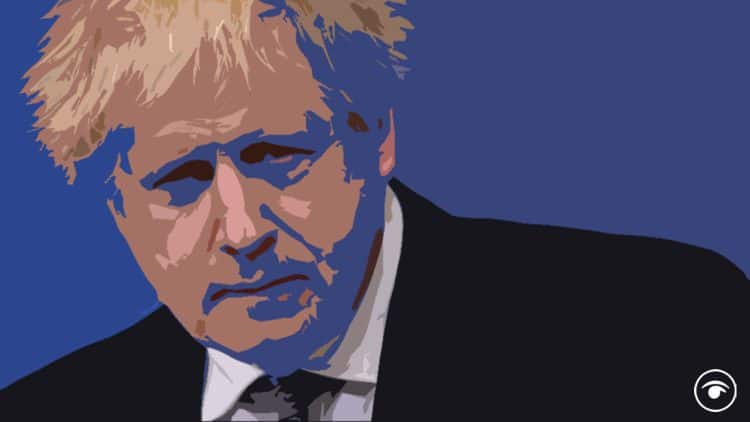 We are currently witnessing a global crisis in leadership. Does anyone characterise this more than Boris Johnson?

With the UK leaving the EU, coming out of a pandemic and facing climate and cost of living emergencies, this government is responsible for overseeing a crucial turning point in our history.

Such a pivotal moment could be defined by a leader driven with purpose, integrity and a deep sense of presence. Instead, we have Boris Johnson.

We need look no further than many of our politicians to see the damage this creates.

As we increasingly see following “Partygate”, Johnson will do almost anything, such as the outrageous false references to Jimmy Savile to try and smear Keir Starmer, to cling on to power.

It’s exactly as Benjamin Netanyahu did in Israel, and Donald Trump did in the US, causing incalculable damage to its democracy. These are men who are so narcissistic that they will bring a country down rather than face themselves, their interior emptiness.

The instability and unpredictability of today’s world has created a leadership litmus test that so many, like Johnson, are failing.

Some leaders have stepped up magnificently since the onset of the pandemic, mobilising their nations to respond effectively to COVID and other challenges while at the same time projecting compassion. Their people trust them.

Many leaders, however, attempt to meet these unprecedented challenges from the context of an old and dying model of governance. As a result, they are left unable or unwilling to act decisively on behalf of their stakeholders and constituents.

We should not be surprised.

As I set out in my upcoming book, Leader as Healer – a call to break from the chronically imbalanced ways of thinking and functioning seen at the top of so many organisations – many leaders work according to the models and mindsets they have been taught from an early age, and which our cultures have normalised.

Our politicians rarely speak with emotion. They are not connected. They are walking heads. And in many cases, they lack a moral or ethical foundation.
All too frequently, these leaders operate out of overt or covert self-interest, prioritising and protecting their own positions. Sound familiar?

People like Johnson offer no security, base of resilience or credibility from which to weather the psychological and economic turbulence. The actions of such leaders induce fractures, mistrust and dysfunction among their people.

Granted, it’s not everyone in our political system. Last autumn, I watched Starmer’s deeply personal Labour Party conference speech. Before that, I simply did not get him. But watching this speech, I was actually moved to tears.

I found him authentic and a man of high values. I know a lot of people don’t relate to him because – and this is a horrible word – he doesn’t have the charisma that is needed. But I trusted him. Compared to Boris Johnson? There’s no comparison.

I also find Rishi Sunak interesting. Through the pandemic, he has had a very grounded presence. He’s credible, although his recent manoeuvring is less than impressive.

It’s not about left or right, Democrat or Republican, Labour or Conservative. In fact, I strongly believe that for humanity to evolve to a new maturity we must look to leaders and political systems that integrate the best aspects of all sides.

Until that occurs, it’s about who is authentic, who is credible and who embodies genuine and empathic humanity. That is what we need from our political leaders, but sadly, we all too rarely see it.

We’ve had hugely inspirational leaders in the past: people like Mandela, Tutu, Obama. But, as men like Johnson are currently demonstrating, they are fewer and fewer in their numbers.

Why do we accept this?

Nicholas Janni is a leadership consultant and author with a focus on deep presence. His book, Leader as Healer, will be published on 24 March.