Sir Lindsay said that Johnson's Savile slur had been "inappropriate". 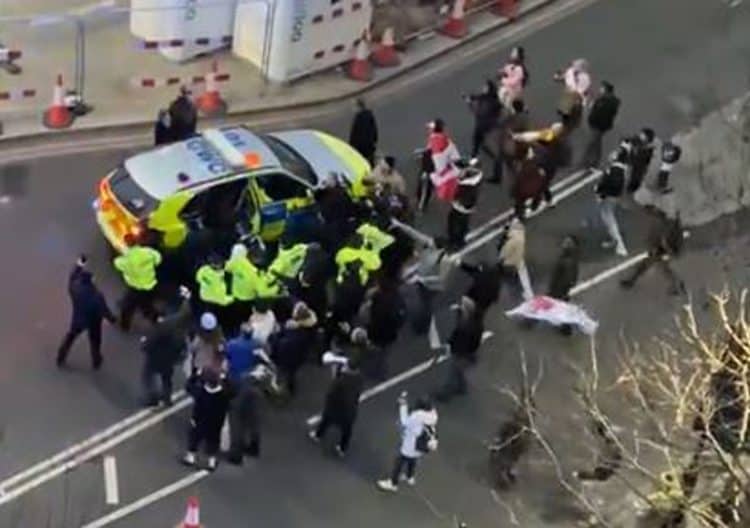 Boris Johnson is resisting fresh demands to apologise for the Jimmy Savile smear he levelled at Sir Keir Starmer after police had to rescue the Labour leader from a mob.

Sir Keir was bundled into a police car for protection near Parliament on Monday as he faced baseless allegations of “protecting paedophiles” from protesters shouting about Savile.

At least six Conservatives, including a former Cabinet minister, joined MPs from across the political spectrum in linking the harassment to the baseless claim which Johnson made while under pressure over the Partygate scandal.

And now Sir Lindsay Hoyle, the speaker, has waded into the row, warning the prime minister in the House of Commons that “words have consequences”.

Referring to the unsavoury scenes in Westminster on Monday night, Hoyle said: “I know it’s been reported that some abuse was directed at [Starmer] yesterday, related to comments made by the prime minister in this chamber.

“Regardless of yesterday’s incident, I made it clear last week that while the prime minister’s words were disorderly, they were inappropriate.

“As I said then, these sorts of comments only inflame opinions and generate disregard for the House – and this is not acceptable. Words have consequences, and we should always be mindful of that fact.”

Sir Lindsay added that he will be taking a point of order on the confrontation later on Tuesday.

Watch his intervention below.