Reflecting on a year which saw the Red Wall crumble, Bolsover lose its beast and constituencies hardest hit by austerity returning MPs from the party that instigated them. 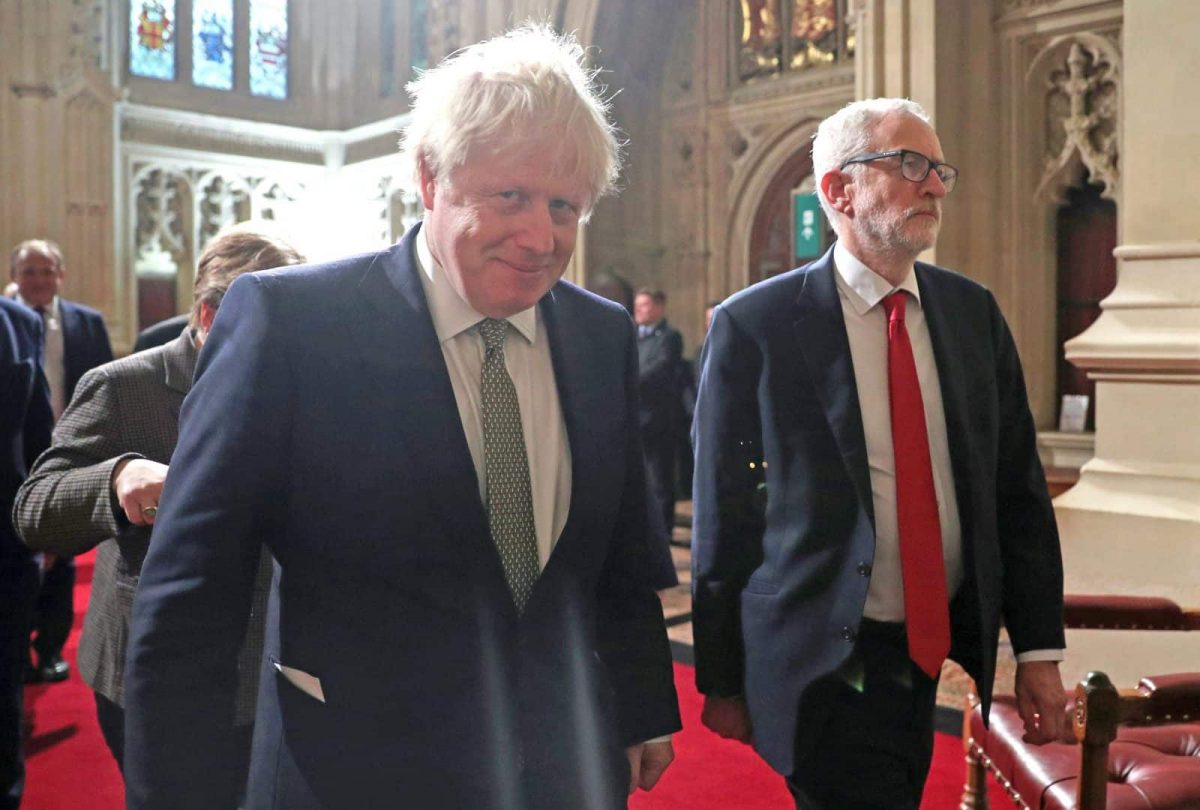 On June 5th, 2017, John Prescott posted a picture from the banks of the River Tyne of Jeremy Corbyn addressing a jam-packed rally. Not even in ’97, the former Deputy Prime Minister said, did Labour pull crowds like this. The fan frenzy Resembled Beetlemania with a palpable sense of optimism and hope in the air. After years of neglect people saw a politician who they could trust, who was on their side and who couldn’t be corrupted by wealth or vested interest.

Weeks later as crowds piled in to Glastonbury there was only one act who made the headlines on a bright Saturday afternoon. Appearing on the main Pyramid stage next to Michael Eavis he recited Shelley’s poem on the Peterloo Massacre of 1819 to rapturous applause. “Shake your chains to earth like dew/Which in sleep had fallen on you: Ye are many—they are few!”, he said. “Oh Jeremy Corbyn”, the crowd chanted back in response.

Quite what went wrong in the intervening years is a matter for the historians, but as Britain participated in the second snap election in as many years early results from Blyth Valley and Durham North West suggested another seismic shakeup was underway. The Red Wall crumbled, Bolsover lost its beast. Constituencies which were among the hardest hit by Conservative austerity cuts were returning Tory MPs and areas most likely to be affected by Brexit were backing its leading instigators because above all else, it was imperative that we “get it done”.

It was hard to ignore, in that sense, that a swing back towards the establishment had taken place. If the pendulum had swung towards the people in 2017 – when Rupert Murdoch reportedly stormed out of The Times Election Party after seeing the Exit Poll – it had swung away from them in 2019. The media onslaught was observed by researchers at Loughborough University who found that press hostility towards Labour doubled in the run-up to the election and halved in relation to the Conservatives. When the Daily Mail completed its purchase of the i newspaper at the end of November the picture had become clear; two billionaire press barons now own half of the UK’s top 10 daily newspapers, neither of whom are likely to support a progressive, radical government.

Dominic Cumming’s job was therefore quite straightforward when the election came around. He wasn’t out to win it for the Conservatives, he just needed Labour to lose, and so the campaign was fought on allegations of antisemitism, leadership smears and spending plans while shielding the future Prime Minister from scrutiny. He turned Corbynmania toxic and in doing so created an environment in which the Labour leader became unelectable. Forty three per cent of voters cited “leadership” as the main reason they didn’t vote Labour this time around. Contrast that with the banks of the Tyne in 2017 and you see the mechanics of the Conservative communications machine in action.

Yet despite Labour being framed as the ‘racist party’ what we now have in its place is a Tory government fuelled by intolerance, bigotry and xenophobia. The Prime Minister has been cited on numerous occasions for using Islamophobic, racist and homophobic language and much of his cabinet has a less than enviable record on immigration and human rights. Gary Neville was right to point out the dangerous effects this has on society when “the highest office in the country” express racist views. What was once confined to hushed whispers in seedy pubs is now becoming accepted language in common discourse, setting a worrying precedent.

But for those who feel disillusioned by the result of the election I will say this; there is no use fighting fire with fire. What we must learn is to be more accepting of people’s beliefs, and try to understand them even if they conflict strongly with our own. In 2020, consider giving people 20 minutes to discuss their situation and their various viewpoints as a means of comprehending how the left can win back the many votes that have been ‘lent’ to the Conservatives this time around.

As for The London Economic, which will soon enter its seventh year, we will continue to fight for progressive, liberal, inclusive politics and a fairer society that works for everyone. We will look to etch at media monopolies by offering an alternative that better represents the interests of the people. And crucially, we will continue to scrutinise those in power and hold them to account, even when it is all they can do to avoid it.

Thank you, once again, for reading, and a happy New Year from the team at TLE.