Young deer could starve if mothers shot in controversial cull

“You might shoot a baby but then lose the mother and a twin so matching mothers and youngsters in family groups then becomes difficult thereafter." 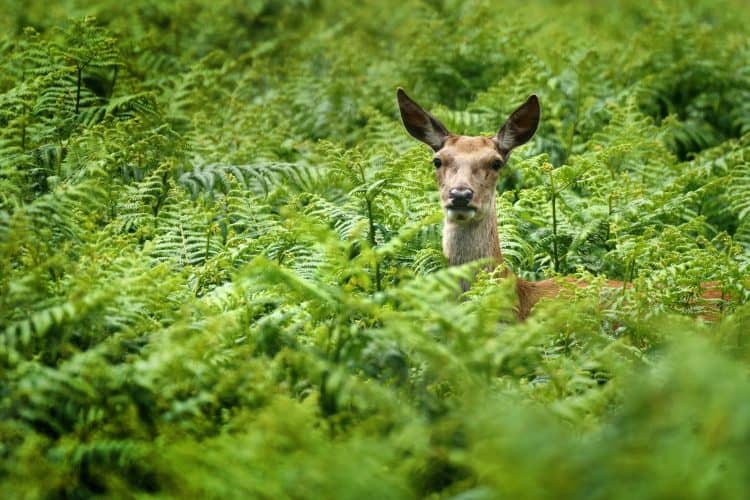 Orphaned young deer will be left to starve if their mothers are killed in a controversial cull, gamekeepers have warned.

Forestry and Land Scotland (FLS) carries out a licensed September cull of female deer as part of its management of the deer population to protect Scotland’s national forests.

However, Peter Fraser, vice chairman of the Scottish Gamekeepers Association, claims the authority would not need to cull females out of season in September if it had managed woodland deer properly.

The cull, authorised by Scotland’s nature body NatureScot, is being carried out across Scotland’s public forests many weeks before the official start of the season on October 21.

At this time, young red or roe deer, aged between six and 12 weeks old, are so small and fragile that they are entirely reliant upon their mothers’ milk and guidance for survival.

While contractors are tasked to kill the youngsters before the mothers, to minimise the risk of dependents being abandoned, Mr Fraser said that, at this time of year, vegetation and bracken is so thick that sometimes the young will be missed by marksmen – despite their skill – and left to starve.

He said: “I have been managing deer a long time and youngsters will be left, no question.

“In forestry, even in a clearing, you will get one shot and the mother will be off into cover.

“You might shoot a baby but then lose the mother and a twin so matching mothers and youngsters in family groups then becomes difficult thereafter.

“In areas like the west, deer managers will be encountering bracken 6ft or 7ft high regularly. It is very difficult to get deer out of cover like that.

“I don’t see the point of this cull when they could wait a few weeks more and get the job done more effectively, without the animal welfare implications.”

FLS said that at any one time there are up to 150 million young trees vulnerable to damage from deer on Scotland’s national forests and land.

Deer numbers across Scotland have doubled to more than a million from 500,000 in 1990, and the annual economic impact of deer damage on FLS-managed land is estimated at £3 million.

Mr Fraser claimed that the problems stem from mismanagement and called for new forests to be designed with deer control in mind.

He said: “Forest damage is so high in Scotland today because, for years, FLS policy has meant that they have shot the wrong animals at the wrong time.

“There has been no selection and no thought put into creating forests which are designed for deer control.”

He added: “FLS are not going to be able to reverse years of mismanagement overnight but all new forests should contain design features for deer control.”

A NatureScot spokeswoman said: “Deer welfare is key and NatureScot takes into account the period of greatest welfare risk based on the dependency of young, which in Scotland is the period between April 1 to August 31.

“This period is based on commissioned research into birthing and weaning dates of all species Scotland wide. During this period strict controls are in place when female deer can only be culled under a specific authorisation from NatureScot. These are only granted in exceptional circumstances.

“Outwith this period of highest welfare concern, from September 1 out-of-season control can only be undertaken under authorisation by NatureScot.

“Anyone controlling deer under such authorisation must be assessed as fit and competent, must follow the Wild Deer Best Practice Guidance and ensure they have safeguards in place when they are culling.”

Related: Shocking vid shows huntsman pick up fox’s HEAD after animal was ripped in half by pack of hounds