Martin Lewis requests next PM to address cost of living crisis with him on TV – but will they appear?

It comes as Liz Truss pulled out of a BBC interview with Nick Robinson called... 'Our Next Prime Minister.' 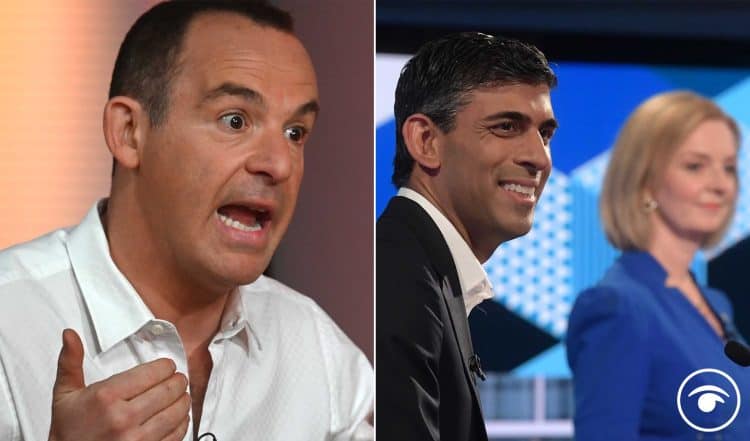 Money saving expert Marin Lewis has taken to Twitter to request whoever becomes the next prime minister to sit down with him on ITV to discuss the cost of living crisis in the UK.

He tweeted: “Dear @trussliz / @RishiSunak the cost of living crisis has left millions worried how they’ll make ends meet. I’d like to formally invite you, as the new PM, to join me asap once you take office for a special hour’s @itvMLshow discussion/Q&A to answer/ease people’s concerns.”

He followed up with: “ITV is happy to support this, so together will also extend the invite through official channels to both of you now for speed. The preference is live in the evening, but we understand the time pressures and are happy to work on scheduling with you to make this work.”

He replied with gusto when he was accused of ‘rank opportunism.’

He replied: “Explain how Jeff? How’s giving over one of my money shows, amidst a cost of living crisis, to invite the PM to answer questions and hopefully reassure people opportunism? I’ve been working on cost of living issues for 20+ yrs, if I’m jumping on a bandwagon, it’s my bandwagon!”

Would they turn up?

Assuming favourite Liz Truss wins then we can’t be sure.

She pulled out of a BBC interview earlier this week, claiming she did not have time to do it. Truss came under criticism, from the planned interviewer Nick Robinson.

Truss is now likely to become prime minister without undergoing a single set-piece grilling on TV or radio.

Rishi Sunak seems to have appeared on most of the shows he has been invited on, but again, we can’t be sure.

So where does that leave us?

Well, according to Boris Johnson it will all be fine.

Boris Johnson said that the UK is one of the most successful countries on earth and has the financial strength to get through the cost-of-living crisis.

The outgoing Prime Minister said investments were making the UK “fit for the future” and the country would get through the current “pressures” on living standards.

So no need to panic…

Related: Reactions as Liz Truss pulls out of tonight’s interview and people wonder what/who could replace her