The Jewish Chronicle just revealed that Number 10 WAS aware of Priti Patel’s extra meeting with an Israeli minister – but she was told to keep them quiet. As Priti Patel aborts an official visit to Uganda to return to the UK in a growing crisis over secret meetings with Israeli ministers and plans to […] 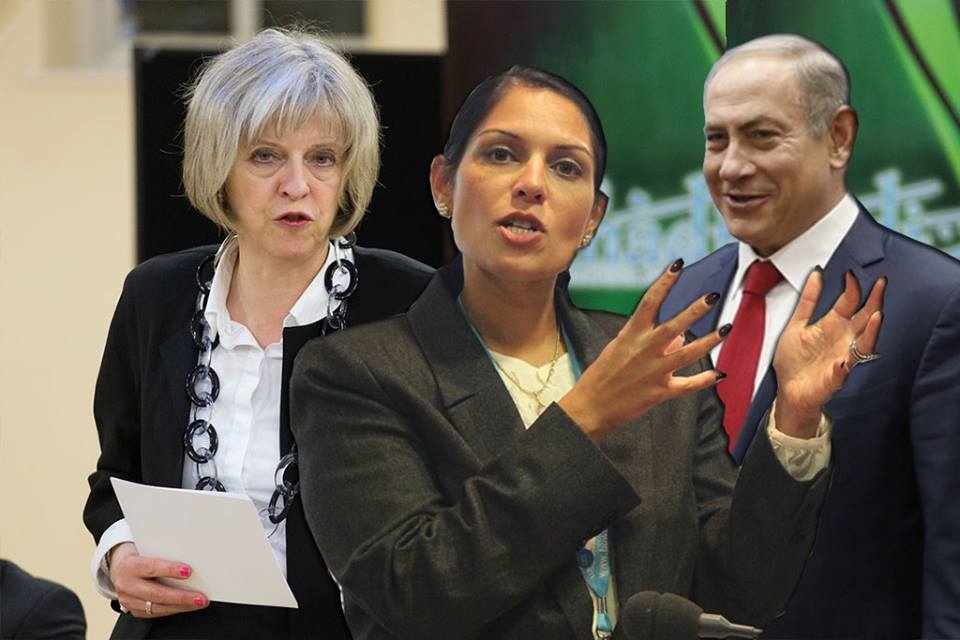 The Jewish Chronicle just revealed that Number 10 WAS aware of Priti Patel’s extra meeting with an Israeli minister – but she was told to keep them quiet.

As Priti Patel aborts an official visit to Uganda to return to the UK in a growing crisis over secret meetings with Israeli ministers and plans to divert foreign aid to Israeli Defence Force administered projects, this latest revelation raises serious questions about Theresa May’s actions.

She had kept the meetings hidden from the foreign office, and Theresa May said that she did not know about Patel’s off-the-radar high-level meetings this summer, yesterday announcing that Patel had apologised to her.

But just a few hours later it was revealed that Patel had met two Israeli ministers again this autumn: Israeli public security minister Gilad Erdan in Parliament on September 7 and foreign ministry official Yuval Rotem in New York on September 18.

As in the Summer meetings, it appears no British officials accompanied Priti Patel, and she did not mention them to the Foreign Office or Government as ministerial procedure dictates. As the scandal deepened, the Development minister was recalled to the UK amid speculation that she is about to be fired.

But now the Jewish Chronicle reports:

Jewish Chronicle Senior Reporter Lee Harpin writes: “Last night I wrote on the JC site that something didn’t add up about Number Ten’s claim that it had no idea about Priti Patel’s meetings with senior Israelis.

“As I put it: “Well before last week’s James Landale scoop about Ms Patel’s meetings with Israeli politicians, I was told very matter of factly that there would soon be an announcement of cooperation between the UK and Israel over aid in Africa – that we would divert some of our aid money to the Israelis to fund some of their aid work there. I was told that it had been signed off between DfID and Number Ten, but that the FCO had kicked off because it felt its toes were being trodden on.”

“After that story went up, I was contacted by two senior and reliable sources. Both gave exactly the same story: that although Patel had clearly messed up and had to go, the real story was about Number 10.

“Far from being unaware, Number 10 knew in full about her meeting with Mr Netanyahu, because Ms Patel had discussed it with the Prime Minister in September, prior to the UN General Assembly.”

So now as well as Priti Patel facing questions about breaking Ministerial Code with undisclosed meetings, there will be calls for the Development Secretary who once co-authored a Tory MP’s report that British workers are  “among the worst idlers in the world” to explain why their taxes should be diverted to fund Israeli aid work.

– As well as calls for the Prime Minister to make clear exactly what she knew about the whole affair.