The shadow foreign secretary challenged Boris Johnson to recognise the Palestinian state to mark the centenary of the Balfour Declaration of 1917, when his predecessor as Foreign Secretary wrote in support of a “national home for the Jewish people” in the then British held territory of Palestine. And she promised the House of Commons that […] 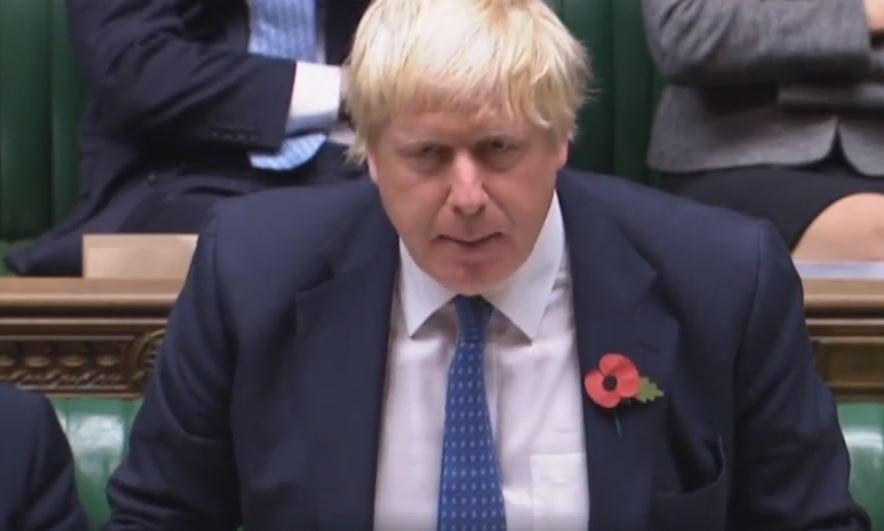 The shadow foreign secretary challenged Boris Johnson to recognise the Palestinian state to mark the centenary of the Balfour Declaration of 1917, when his predecessor as Foreign Secretary wrote in support of a “national home for the Jewish people” in the then British held territory of Palestine.

Pouring scorn on Donald Trump’s chaotic approach to the thorny issues of Israel and Palestine, Emily Thornberry explained: “with this empty vassal which is the American president making lots of noise but being utterly directionless, the need for Britain to show leadership on this issue is ever more present.”

In a moving speech you can watch below, Thornberry expressed the Labour Party’s historic and “continued support for the State of Israel,” the “egalitarian ideals” of the early State of Israel and commended Israel’s commitments “to equal rights of women and LGBT communities,” unparalleled in the Middle East.

The shadow foreign secretary told of the continued woes of the region too, the suffering of all parties concerned and reminded the Foreign Secretary of the promise in the Balfour Declaration of November 2, 1917 that “nothing shall be done which may prejudice the civil and religious rights of existing non Jewish communities in Palestine. – A hundred years on, that promise remains unfulfilled and there remains more to do,” she added.

Emily Thornberry and Boris Johnson will be joining the Prime Minister Theresa May and around 150 other dignitaries to welcome the Israeli premier Benjamin Netanyahu to a dinner on Thursday November 2 in London to commemorate the historic declaration. A declaration by the then foreign secretary that precipitated the founding of the State of Israel in 1948 amid war with invading neighbouring Arab states and a refugee crisis that saw many Palestinians forced to flee towns and villages, generations of refugees still long to return to.

Addressing the Foreign Secretary in a parliamentary comment on the centenary of the declaration, Thornberry called on Johnson to help bring about “lasting peace and stability in the Middle East,” asking him  “can we do more to ensure that the political rights as well as the civil and religious rights of the Palestinians are protected just as Lord Balfour intended?”

Thornberry  impressed on Johnson that there is “no more symbolic way of marking the Balfour centenary than for the UK officially to recognise the state of Palestine.”

Thornberry reminded the House of Commons that on “13 of October 2014 this House stated that the Palestinian state should be recognised,” and asked the Foreign Secretary “will his government be remembered for recognising the statehood of the Palestinian people and taking a similarly vital step towards correcting historic wrong?” Before adding: “because I can assure him that if they are not prepared to take that step, the next Labour government will.”

Boris Johnson’s rambling reply outlined the substantial foreign aid the UK gives to Palestine each year, yet insisted that when it came to recognising Palestine’s statehood, “the moment is not yet right to play that card, because it won’t on its own end the occupation, it won’t on its own bring peace.”

The Foreign Secretary also insisted “we all know the shape of a future map” to which Israel and the Palestinians could agree to split the country along, and that “there is a conjuncture in the stars that is uncommonly proficious [sic].” But he insisted that the US should take the lead in such negotiations.