Here is a timeline of the main events leading up to this week’s hostilities. 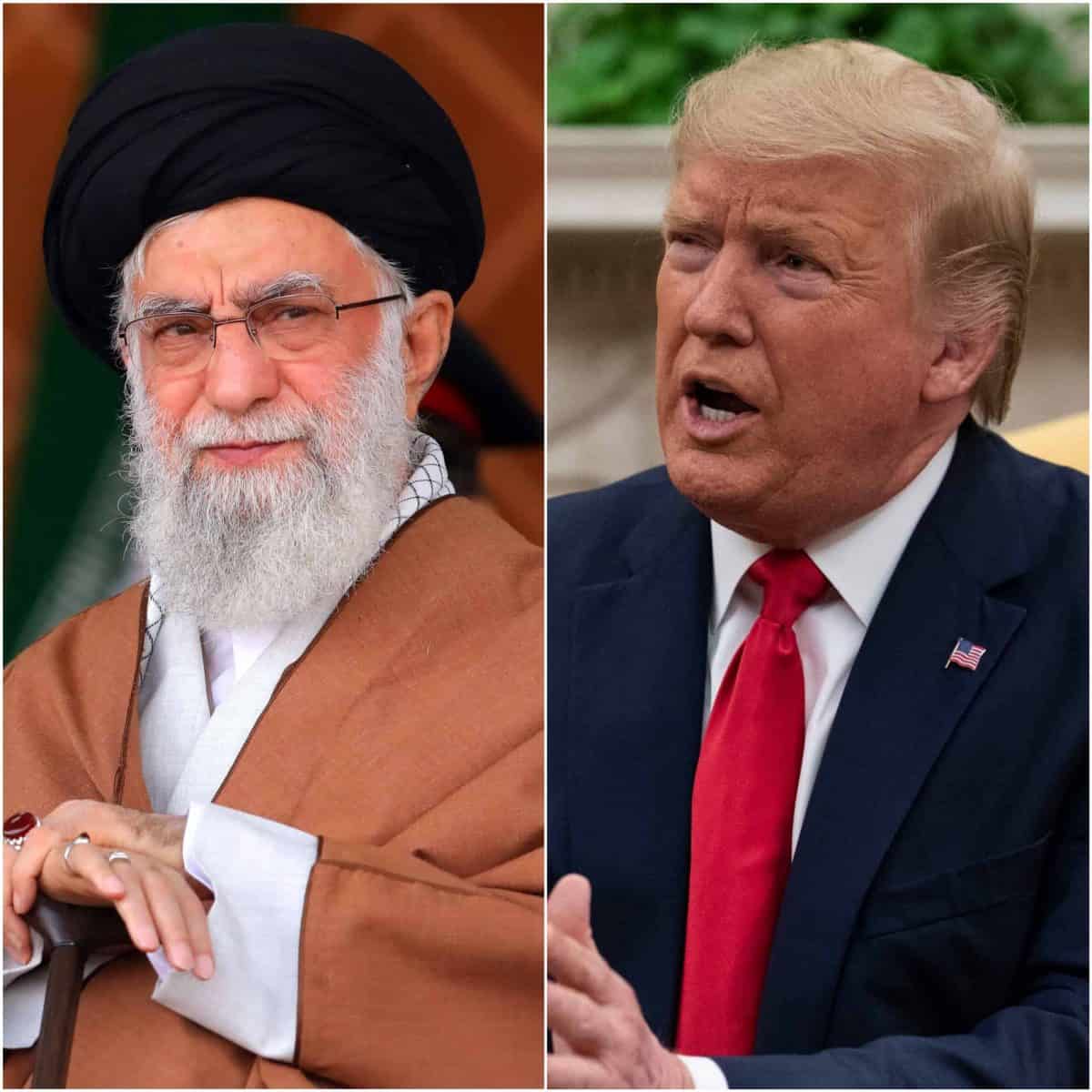 Iran’s missile attack on two American bases in Iraq in response to the US strike that killed its top general is the culmination of nearly two years of steadily rising tensions since President Donald Trump withdrew from Iran’s 2015 nuclear deal with world powers.

The two countries are now engaged in their most serious confrontation since the 1979 Islamic Revolution and takeover of the US embassy. Both sides have signalled restraint following the missile attack, but the threat of an all-out war remains.

Here is a timeline of the main events leading up to this week’s hostilities:

– May 8 2018: President Donald Trump announces that the US is withdrawing from the nuclear deal signed by his predecessor Barack Obama, which had provided sanctions relief in exchange for restrictions on Iran’s nuclear programme and stepped-up UN monitoring. Over the next several months, the US ratchets up sanctions, exacerbating an economic crisis in Iran.

– November 5 2018: The US imposes tough sanctions on Iran’s oil industry, the lifeline of its economy, as secretary of state Mike Pompeo announces a list of 12 demands it must meet for sanctions relief. Iran rejects the wide-ranging demands, which include ending its support for armed groups in the region, withdrawing from the Syrian civil war and halting its ballistic missile programme.

– May 5 2019: The US announces the deployment of the USS Abraham Lincoln carrier strike group and a bomber task force in response to “a number of troubling and escalatory indications and warnings”, without providing details. It threatens “unrelenting force” in response to any attack.

– May 8 2019: Iran vows to enrich its uranium stockpile closer to weapons-grade levels if world powers fail to negotiate new terms for its nuclear deal. The European Union urges Iran to respect the nuclear deal and says it plans to continue trading with the country. Mr Trump says he would like Iran’s leaders to “call me”.

– May 12 2019: The United Arab Emirates says four commercial ships off its eastern coast “were subjected to sabotage operations”. Mr Trump warns that if Tehran does “anything” in the form of an attack, “they will suffer greatly”.

– June 13 2019: Two oil tankers near the strategic Strait of Hormuz are hit in an alleged assault that leaves one ablaze and adrift as 44 sailors are evacuated from both vessels and the US navy rushes to assist. America later blames Iran for the attack, something Tehran denies.

– June 20 2019: Iran’s Revolutionary Guard shoots down a US military surveillance drone. Mr Trump says he called off a planned retaliatory strike on Iran over concerns about casualties.

– July 1 2019: Iran follows through on a threat to exceed the limit set by the nuclear deal on its stockpile of low-enriched uranium, which is used for civilian applications and not for nuclear weapons.

– September 14 2019: A drone attack on Saudi oil facilities temporarily cuts off half the oil supplies of the world’s largest producer, causing a spike in prices. The US says Iran carried out the attack directly, calling it an “act of war” against Saudi Arabia. Iran denies involvement, while the Iran-backed Houthi rebels in Yemen claim responsibility.

– October 2019: Massive anti-government protests erupt in Lebanon and Iraq. While the protests are primarily driven by economic grievances, they target governments that are closely allied to Iran. In Iraq, protesters openly decry Tehran’s influence and attack Iranian diplomatic facilities.

– November 2019: Protests break out in some 100 cities and towns in Iran after authorities raise the price of petrol. The scale of the protests and the resulting crackdown are hard to determine as authorities shut down the internet for several days. Amnesty International later estimates that more than 300 people were killed.

– December 27 2019: A US contractor is killed and several American and Iraqi troops are wounded in a rocket attack on a base in northern Iraq. The US blames the attack on Kataeb Hezbollah, one of several Iran-backed militias operating in Iraq.

– December 29 2019: US air strikes hit Kataeb Hezbollah positions in Iraq and Syria, killing at least 25 fighters and bringing vows of revenge. Iraq calls the strikes a “flagrant violation” of its sovereignty.

– December 31 2019: Hundreds of Iran-backed militiamen and their supporters barge through an outer barrier of the US embassy in Baghdad and hold two days of violent protests in which they smash windows, set fires and throw rocks over the inner walls. US Marines guarding the facility respond with tear gas. There are no casualties on either side.

– January 3: A US air strike near Baghdad’s international airport kills General Qassem Soleimani, the leader of Iran’s elite Quds Force and the mastermind of its regional military interventions. A senior commander of Iran-backed militias in Iraq is also killed in the strike. Iran vows “harsh retaliation”. Mr Trump says he ordered the targeted killing to prevent a major attack. Congressional leaders and close US allies say they were not consulted on the strike, which many fear could ignite a war.

– January 5: Iran announces it will no longer abide by the nuclear deal and Iraq’s parliament holds a non-binding vote calling for the expulsion of all US forces. Some 5,200 American troops are based in Iraq to help prevent a resurgence of so-called Islamic State. Mr Trump vows to impose sanctions on Iraq if it expels US troops.

– January 8: Iran launches several ballistic missiles on two bases in Iraq housing American troops in what it says is retaliation for the killing of Gen Soleimani. There are no immediate reports of US or Iraqi casualties. Mr Trump tweets that “All is well!”. Iran’s supreme leader says “we slapped them on the face” but that “military action is not enough”.