Critics say his pledges would eliminate any remaining Palestinian hope of establishing a separate state. 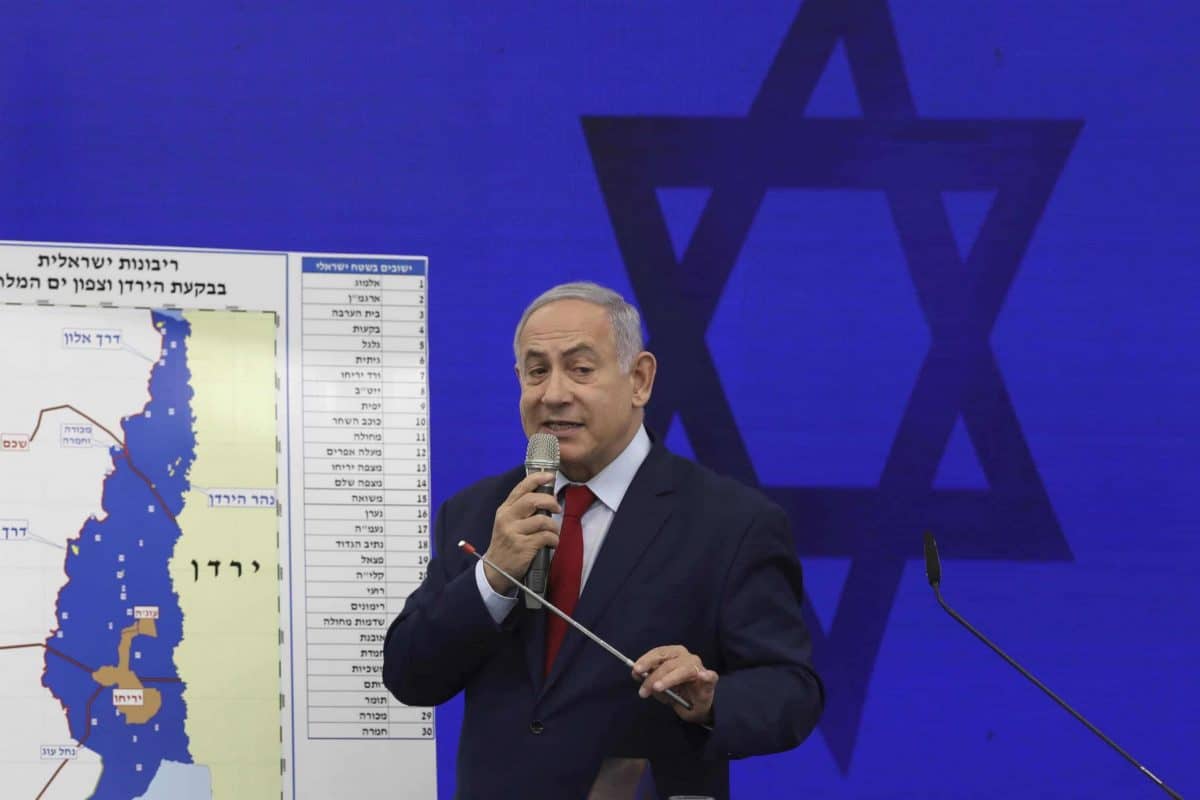 Israel’s prime minister has vowed to annex settlements in the West Bank, including one deep in the heart of the largest Palestinian city, if he is re-elected.

Benjamin Netanyahu told Israeli Army Radio on Monday that he plans to annex “all the settlements” in the West Bank.

When asked if that included an enclave of several hundred settlers who live in volatile Hebron, he said: “Of course.”

Mr Netanyahu is fighting for his political survival in tomorrow’s vote.

He has issued a series hardline promises weeks before the vote trying to shore up nationalist voters.

He has also promised to annex the Jordan Valley, an area seen as the breadbasket of any Palestinian state.

Critics say his pledges would eliminate any remaining Palestinian hope of establishing a separate state.