His comments follow the assault on the weekend which hit Riyadh’s oil production. 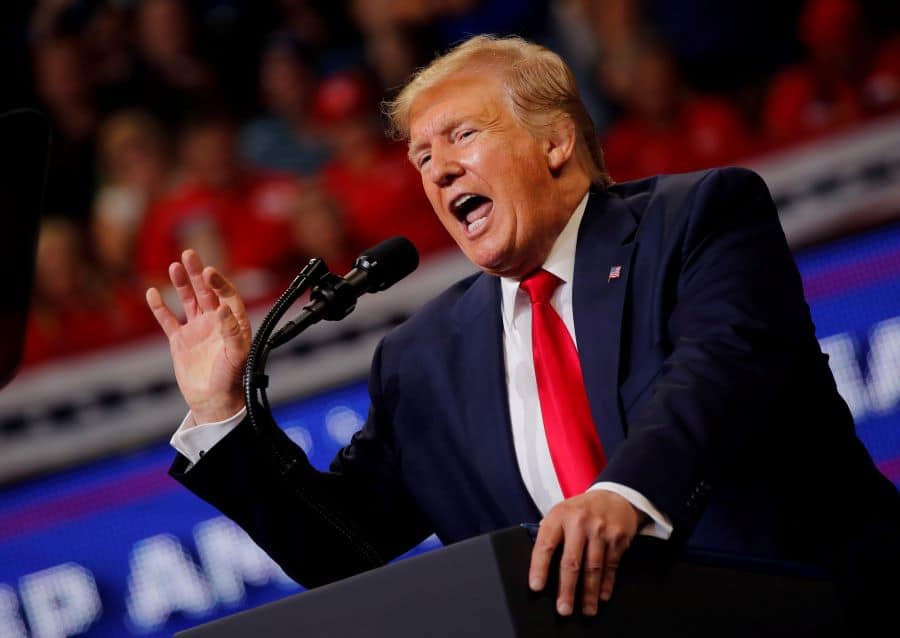 US President Donald Trump has said that his country is “locked and loaded” to respond after a drone attack on Saudi Arabia that cut into global energy supplies and halved the kingdom’s oil production.

Mr Trump said on Twitter that the US was waiting to hear from the Saudis as to who they believe was behind the attack and “under what terms we would proceed!”

A US official speaking on condition of anonymity said all options, including a military response, were on the table, but added that no decisions had been made.

Washington has also released new evidence to back up its allegation that Iran was responsible for the assault amid heightened tensions over Tehran’s collapsing nuclear deal.

Hours earlier, senior US officials said satellite imagery and other intelligence showed the strike was inconsistent with one launched from Yemen, where Iranian-backed Houthi rebels had claimed responsibility.

Officials said the photos show impacts consistent with the attack coming from the direction of Iran or Iraq, rather than from Yemen to the south.

Iran, meanwhile, called Washington’s claims “maximum lies,” while a commander in its paramilitary Revolutionary Guard reiterated its forces could strike US military bases across the Middle East with their arsenal of ballistic missiles.

Earlier, Mr Trump said he had approved the release of US strategic petroleum reserves “if needed” to stabilise energy markets after the attack on Saudi Arabian facilities.

The US president tweeted that the attacks could have an impact on oil prices and the final amount of the release, if any, would be “sufficient to keep the markets well-supplied”.

The authorisation alone could help prevent a spike in oil prices after the attack led to suspension of more than 5% of the world’s daily crude oil production.