The socialite denies that she helped recruit girls for the disgraced financier who died in custody. 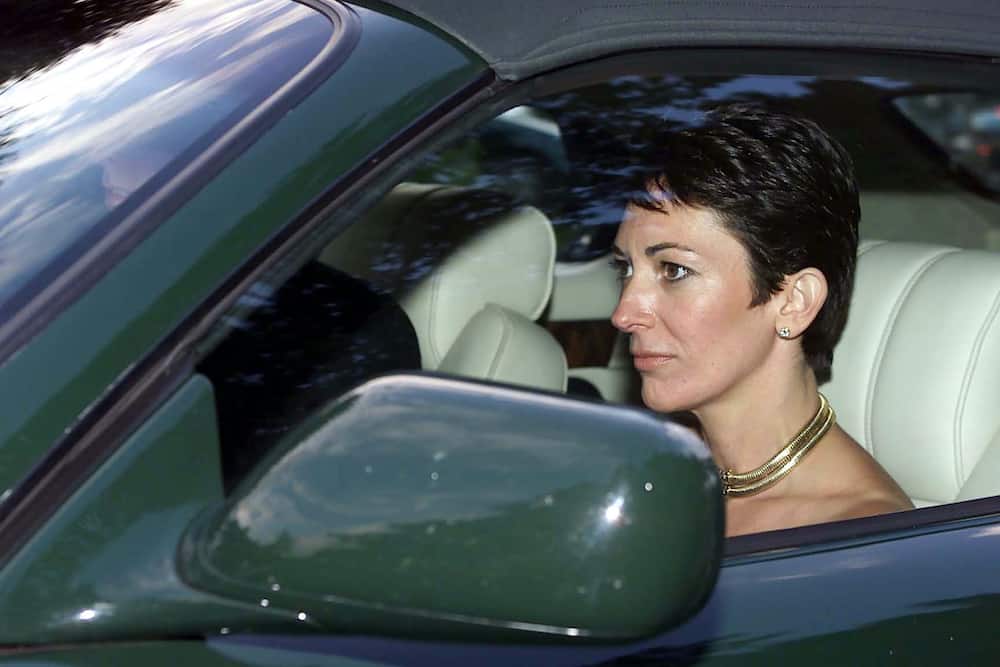 Jeffrey Epstein’s former girlfriend, Ghislaine Maxwell, will remain behind bars until trial after she was denied bail as a risk to flee rather than face charges she recruited girls for the financier to sexually abuse more than two decades ago.

Two Epstein accusers implored the judge to keep the British socialite detained after she pleaded not guilty to the charges during a video court hearing in Manhattan.

US District Judge Alison J. Nathan said even the most restrictive form of release would be insufficient to ensure Maxwell would not flee, particularly now that she has seen the strength of the evidence and realises that she could face up to 35 years in prison if she is convicted.

As the judge explained her reasoning for denying bail, Maxwell dropped her head repeatedly, appearing dejected.

At one point, she appeared to wipe a tear from underneath one eye.

Maxwell, 58, has been held without bail since her July 2 arrest at her million-dollar New Hampshire estate, where prosecutors say she refused to open the door for FBI agents, who broke through to find that she had retreated to an interior room.

Her lawyer, Mark S. Cohen, told the judge that Maxwell was in her pyjamas and had been told that security protocol called for her to retreat to her room if there was any disturbance outside her doors.

The judge rejected Mr Cohen’s claim that Maxwell was hiding from the public and the media rather than investigators when she purchased a one million US dollars mansion late last year.

Assistant U.S. Attorney Alison Moe said Maxwell posed as a journalist, Jen Marshall under another name when she bought the New Hampshire estate.

Maxwell was charged with recruiting at least three girls, one as young as 14, for Epstein to abuse between 1994 and 1997.

As part of the government’s presentation, Ms Moe read aloud a statement by one female accuser while another, Annie Farmer, gave a very short statement by phone asking the court to detain Maxwell.

Ms Farmer said Maxwell was a “sexual predator who groomed and abused me”.

She said Maxwell “lied under oath and tormented her survivors.”

An indictment alleged that she helped groom the victims to endure sexual abuse and was sometimes there when Epstein abused them.

It also alleged that she lied during a 2016 deposition in a civil case stemming from Epstein’s abuse of girls and women.

Epstein killed himself in August 2019, several weeks after he was also confronted by two accusers at a bail hearing who insisted that he should remain in jail while awaiting sex trafficking charges that alleged he abused girls at his Manhattan and Florida mansions in the early 2000s.

In court papers, Maxwell’s lawyers argued that Epstein’s death left the media “wrongly trying to substitute her for Epstein — even though she’d had no contact with Epstein for more than a decade, had never been charged with a crime or been found liable in any civil litigation, and has always denied any allegations of claimed misconduct”.

Prosecutors said in court that Maxwell was a flight risk because of her “undisclosed wealth” and “extensive international ties” that could put her out of the reach of extradition.

“She has the ability to live off the grid indefinitely,” Moe said, citing Maxwell’s access to millions of dollars and the scant information about her finances provided by her lawyers.

Maxwell’s lawyers pushed to have her released on $5 million bail. They said she “vigorously denies the charges, intends to fight them, and is entitled to the presumption of innocence.”

Epstein had a wide circle of friends including the Duke of York, Donald Trump and former US president Bill Clinton.

Andrew, who denies any wrongdoing, has since been urged to provide information to the investigation by a US attorney.

Laura Goldman, an investment banker who claims to have known Maxwell since she moved to the US, told BBC Radio 4’s Today programme earlier this month her friend would “have to” go for a plea deal with prosecutors.

Asked if Maxwell would speak about the duke as part of the investigation, Ms Goldman said: “She has always told me she would never, ever say anything about him.

“I think she felt he was her friend and she was never going to say anything about him.

“She felt in the 90s when her father died that Prince Andrew was there for her.”

Afterwards, some accusers praised the decision to keep Maxwell detained.

In a statement, Virginia Roberts Giuffre said she was “thrilled.”

“Without Ghislaine, Jeffrey Epstein would not have been able to fulfil his sick desires,” Ms Giuffre said.

“Ghislaine preyed on me when I was a child.

“As with every other of her and Jeffrey Epstein’s victims, I will have to live with what she did to me for the rest of my life.

“The rest of her life should be spent behind bars.”