“They have been pushy to an extent, not just in tennis but in everything. I think that I’ve developed that mentality since a young age," UK tennis player Emma Raducanu said. 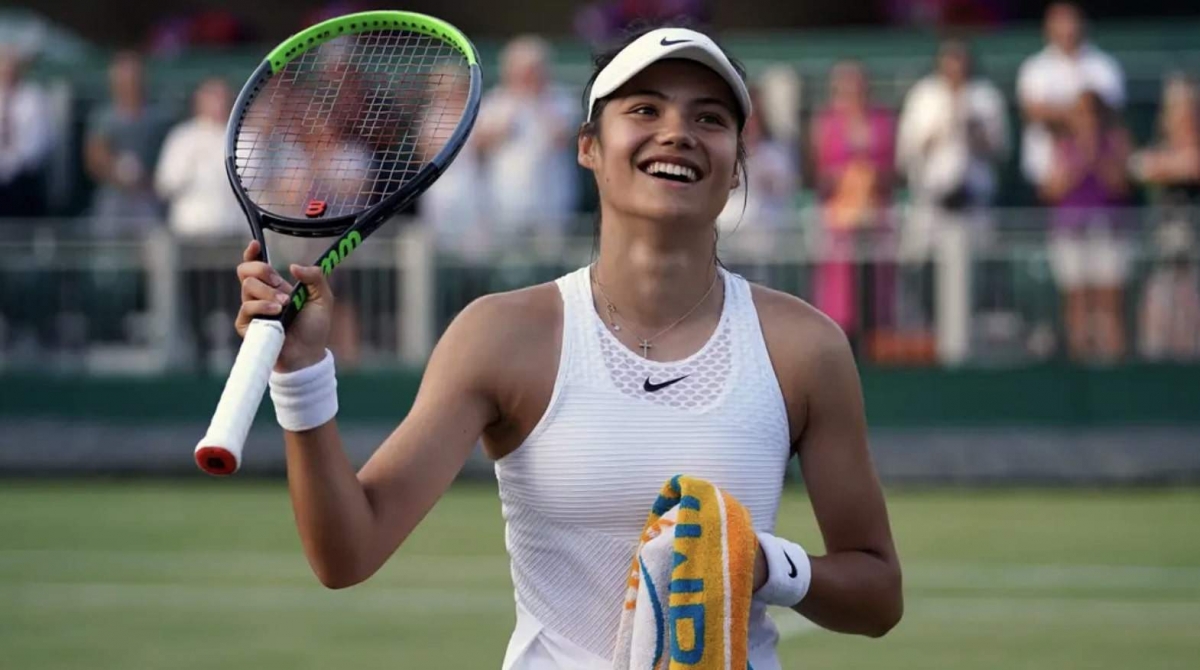 Emma Raducanu will be the only British woman playing in the Fourth round of Wimbledon when she takes on Romanian tennis player Sorana Cirstea on Saturday, 2 July.

Now she is the last British woman left in the singles draw after the 18-year-old shocked world No 45 Sorana Cirstea; she only made her maiden WTA main draw appearance last month at the Nottingham Open and now she is into the fourth round of Wimbledon.

According to iNews, Raducanu thinks her mental strength is inherited from her parents, who have academic backgrounds. She was born in Toronto to a Romanian father and a Chinese mother, and the family moved to Kent when she was two years old.

But she told PA news agency that despite having lived in London, she has fond memories of visiting her grandmother in Romania: “My grandma, Mamiya, still lives in central Bucharest. I go back a couple times a year, stay with her, see her. It’s really nice.

“I love the food, to be honest. I mean, the food is unbelievable. And my grandma’s cooking is also something special. I do have ties to Bucharest.”

She admitted her parents raised were “tough on her as a kid”.

She said: “They have been pushy to an extent, not just in tennis but in everything. I think that I’ve developed that mentality since a young age.”

She added: “I would say the biggest thing is that I’m quite gritty. In a match I would say that’s my biggest strength. In those tight situations in a match I just don’t want to let it go.

“I like it in a match when I feel like it gets clutch, those situations when it really gets exciting. I quite like playing in those tight situations because it challenges me and tests how mentally strong I am.”

Raducanu takes after her parents academically as well, as she attended one of UK’s hardest grammar schools where she recently took her A levels. “I’m so competitive that I want to be at the top of my school, even though it’s a tough grammar school and we have some really bright kids there,” she said.

“My parents bring me back down to reality. They say: ‘You can’t be perfect at everything’.”

Raducanu has been taking inspiration from two women in tennis in particular, who reflect her parents’ background: Romania’s Simona Halep and China’s Li Na.

She said: “I’ve really appreciated Simona Halep because of her movement.

“I think that even as I have a big game and quite a lot of powerful shots I would really like to incorporate more of Halep’s physicality and her speed.”

Raducanu has been UK’s most promising female tennis player over the last few years, but the pandemic has affected her progress since March 2020. She is currently 338th in the world but could climb more than 100 places after Wimbledon.