After Matt Hancock split with his wife, Vine said “climbing that far up Westminster’s greasy pole changes a person". 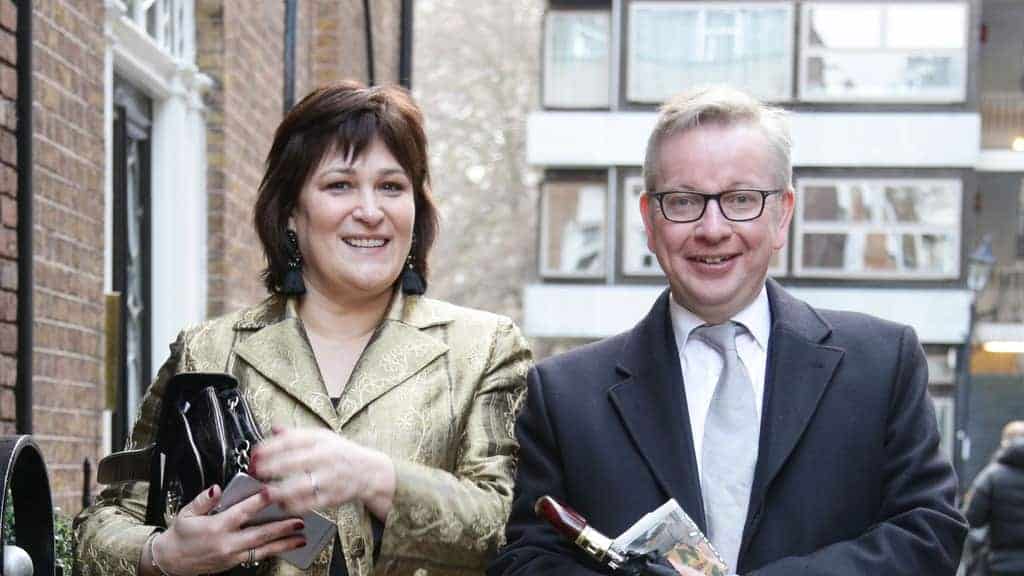 Senior Government minister Michael Gove and his journalist wife Sarah Vine are to split after almost twenty years of marriage, a joint spokesman for the couple said.

The high-profile couple married in October 2001 but have decided to end their relationship and are “in the process of finalising their divorce”.

Their spokesman told the PA news agency: “Michael and Sarah have agreed to separate and they are in the process of finalising their divorce.

“They will continue to support their two children and they remain close friends.

“The family politely ask for privacy at this time and will not be providing any further comment.”

The announcement comes only days after Ms Vine, a columnist for the Daily Mail, wrote a piece about former health secretary Matt Hancock’s resignation, and how Westminster life can drive a wedge between partners.

A friend of the couple insisted the Gove-Vine split was “entirely amicable”, and that no third party was involved.

The friend told PA: “This is a difficult and sad decision for Michael and Sarah after 20 years of marriage.

“It is an entirely amicable separation and there is no-one else involved.

“They have drifted apart over the past couple of years but they remain friends.

“Their absolute priority is the children.”

The family are seen as well connected in the Conservative Party, with Ms Vine a godmother to one of former prime minister David Cameron’s daughters.

Samantha Cameron and Ms Vine are reported to have later fallen out over Mr Gove’s decision to campaign for Leave in the 2016 Brexit referendum, with the result leading to Mr Cameron’s resignation from Downing Street.

In a column published this week, Ms Vine wrote about how Westminster “changes a person”, referencing the split between Mr Hancock and his wife Martha following his affair with aide Gina Coladangelo, along with ex-chancellor George Osbourne’s marriage break-up.

She wrote: “These women are still more or less the same person they were when they got married. But their politician men are not.

“Climbing that far up Westminster’s greasy pole changes a person. And when someone changes, they require something new from a partner.

“Namely, someone who is as much a courtesan as a companion, one who understands their brilliance and, crucially, is personally invested in it.

“The problem with the wife who has known you since way before you were king of the world is that she sees through your facade.”

A spokesman for Mr Gove, who is himself a former journalist, denied the divorce announcement was a pre-emptive strike before compromising news breaks about him.

Asked whether the amount of responsibilities assigned by Prime Minister Boris Johnson to the Cabinet Office minister, who took on a wide Brexit brief before being tasked with reviewing the possibility of using so-called coronavirus vaccine passports for mass events, had played a part in the split, the spokesman said: “Mr Gove continues to get on with the job.”

The couple have said they will not be commenting further at this time.

Reaction on social media has been fierce following the announcement.

Sarah Vine wants privacy? Why? She said Meghan and Harry weren’t entitled to privacy because they ‘were public figures’….
Sarah Vine: I ask people to respect my privacy