Many of those who laughed at Carr’s words might not find the reality so amusing, especially as travellers continue to fight persecution. 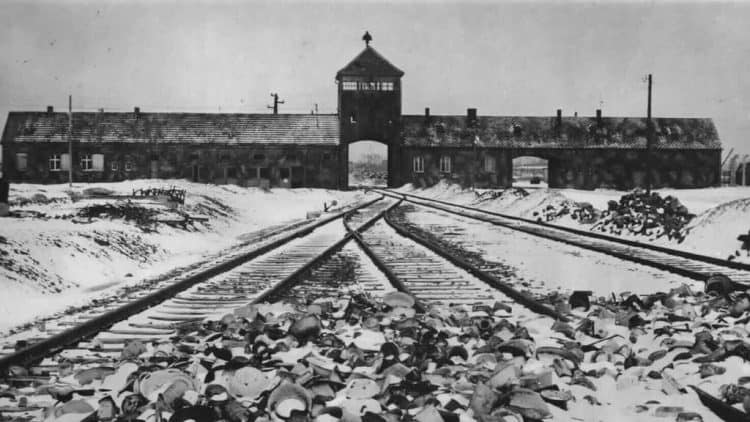 Social media has only just caught up with comedian Jimmy Carr’s December 2021 remarks in the Netflix special, His Dark Material.

Carr has since doubled down on the comments, saying that if he’s cancelled, he’ll be “going down swinging.”

Those who laughed at Carr’s alleged incitement to genocide might want to reflect on the details of historic and current Gypsy Roma(ni) Traveller (GRT) suffering.

A brief history of a diverse people

“GRT” is a catch-all term that describes a diverse people.

According to the Traveller Movement, Travellers came to Ireland in the 12th century before migrating to Britain. These Shelta-speaking communities are generally now known as Irish Travellers.

Romani (or Romany) Gypsies came to Britain in the 16th century from northern India and acquired the name because their dark complexions were conflated with those of Egyptians (hence the term “gypsy”). Indeed, Romani, which has at least seven varieties, is “the only indigenous language in the UK with Indic roots.”

Gypsy Romany people faced and survived immediate persecution. The Egyptian Act 1530 sought their eradication, describing them as “naughty, idle and [of] ungodly life and company.”

In the UK, there are also Show Travellers who may or may not have ethnic GRT roots but who share a cultural heritage. The same is true of so-called New Age and Barge Travellers.

The number of German GRTs is roughly that of the UK population: 300,000.

But at least half a million GRTs were murdered by the Nazis between 1933 and 1945, making GRTs the second largest ethnic group to die in the Holocaust after Jews, relative to their numbers.

Historians often call German Gypsies “Sinti,” but the Sinti people are one of many Gypsy communities in Germany.

On 19th May 1944, the nine-year old Dutch Romani girl, Anna “Settela” Steinbach, whom for many years was assumed to be Jewish, was forced onto a cattle train with her family by Nazis and transported from Westerbork transit camp, Netherlands, to Auschwitz-Birkenau, Poland.

Anna’s father survived, but the rest of her family–mother, brothers, sisters, aunt, niece, and nephews–were gassed in the chambers. On August 2nd, Anna met the same fate. On that single day 2,897 Romani and/or Sinti were gassed and incinerated at the camp.

According to Carr, this was one of “the positives.”

Germany’s persecution of Gypsies did not begin with the Nazis, but the regime initiated the extermination programmes.

As soon as they seized power in 1933, the Nazis began constructing the Zigeunerlager: so-called protective Gypsy camps that amounted to prisons and embryonic ghettos, culminating with the infamous “family camp” inside Auschwitz. Under the Reich Department of Health’s Office for Research on Race Hygiene and Population Biology, Romani and Sinti lost their citizenship and thousands were forcibly sterilised, including young girls.

Nazi commentary on the Reich Citizenship Law and the Law for the Protection of German Blood and German Honour classified Black, Jewish, and Gypsy-Roma-Sinti people as having artfremdes Blut: “alien blood.”  Between 1936 and ‘38, the Nazi concept of criminality blended with race, as Gypsies were criminalised as part of an agenda to “combat the Gypsy plague,” in the words of SS literature.

In August 1938, Gypsies were expelled from the left bank of the Rhine. A few months later, SS leader Reinhard Heydrich’s Festsetzungserlass (“decree”) prevented non-interned Sinti from changing their addresses, as local police registered their genealogies to separate the “pure” and “impure” Germans. A year later with the onset of War, they were prohibited from “wandering” in the western part of the Reich.

In December 1938, Himmler ordered the decree, Basic Regulations to Resolve the Gypsy Question as Required by Nature of Race.

In February 1939, Johannes Behrendt of the Nazi Office of Racial Hygiene said that “all Gypsies should be treated as hereditarily sick; the only solution is elimination.” Behrendt went on. “The aim should be the elimination without hesitation of this defective population.”

In February 1940, Senior State Attorney, Dr. Meissner, wrote to the Berlin Justice Ministry, stating that Gypsies had “inferior intellect and morals,” and although they posed little political danger, they were “a special racial and economic threat” to Germany. Their “physical appearance resembles primitive African and Asian races.”

Jews and Gypsies “on equal footing”

The major deportations to labour, experimentation, and extermination camps began in the 1940s.

Starting in November 1941, 5,000 Austrian Gypsies were transported to the Łódź ghetto in Nazi-occupied Poland. By January 1942, another 4,400 were deported from the ghetto and murdered at the Chełmno camp in mobile gassing vans. In July, the Reich Commissar for the Ostland ordered that “the treatment of Jews and Gypsies were to be placed on an equal footing.”

Rita Prigmore was to be aborted under the Nazis’ genocidal laws. But when it was discovered that her mother was carrying twins, her life was spared. The Bavarian newborns were to be deported to Auschwitz to undergo experiments by Josef Mengele, who had a particular interest in torturing twins.

After undergoing surgeries that have left her with impaired vision and migraines, survivor Rita was reunited with her mother by the Red Cross in 1944. Her twin, Rolanda, died as a result of the experiments. A Stolperstein (memorial stone) honours her memory.

Another “positive” for Carr.

“Not a race but a dying mindset”

The above is a small sample of a horrendous record. But GRT people are hardly passive victims. Today, their struggle for rights continues.

A 2015 YouGov poll found that 58 per cent of Britons had negative attitudes towards GRT people, compared to 40 percent for Muslims, 14 percent for Black people, 14 for gay people, and 10 per cent for Jewish people.

Today, negative attitudes towards GRTs have declined but are still at a shockingly high 44 percent.

The data follow recent high-profile attacks on GRT people, such as the remarks of PM Thatcher’s former correspondent secretary and Tory MP, Matthew Parris, who said that GRT people are “not a race but a doomed mindset” who should be “phased out.”

Carr’s alleged advocacy for genocide is another step on a dangerous path towards dehumanising a vulnerable group, especially in this heightened climate of ultra-nationalism and militant xenophobia.

Socially conscious people must make greater efforts to work with GRT people to raise awareness of their plight and to enlighten the public about their history and culture.