From the newsletter: The cost-of-living crisis makes the roadblocking bandits seem depressingly prescient. 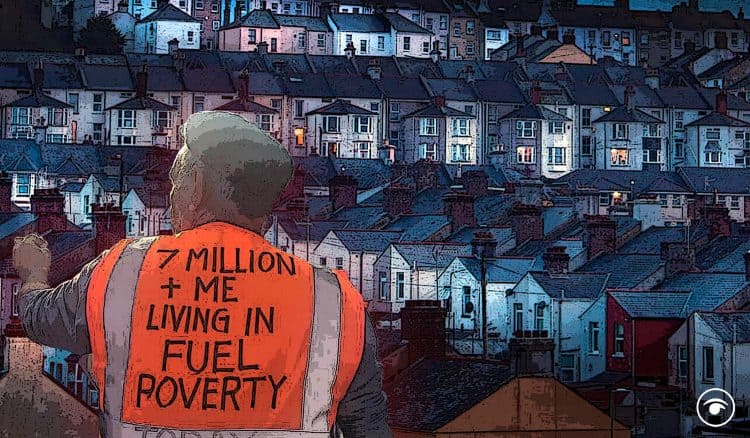 Good morning. Yesterday, Insulate Britain announced they have “failed”. In a statement the roadblocking activist group said it had “failed to move our irresponsible government to take meaningful action to prevent thousands of us from dying in our cold homes during the energy price crisis.” They continued: “We have failed to make this heartless government put its people over profit and insulate our homes to do our part in lowering the UK’s emissions… and we failed in getting enough of you to join us on the roads”.

I wrote in September that history will remember Insulate Britain more kindly than today’s discourse suggests. I was half-right. I thought it might take a few years for it to become unavoidably obvious that, actually, those roadblocking crusties had a point. It’s taken less than six months. In recent weeks, more than half of Britons – some 54 per cent – have noticed a major increase in the cost of energy; 82 per cent have noticed an increase of some size in their gas and electricity bills, according to YouGov. Six-in-ten Brits who already consider themselves to be in financial difficulty expect their situation to worsen in the coming months.

British homes leak heat at an alarming rate. When it’s 0°C outside and 20°C inside, houses in the UK lose 3°C on average after five hours. That’s twice as fast as Italy, thrice as fast as Germany, and significantly faster than Sweden, Norway or Denmark. Environmentally, that’s a disaster; around 15 per cent of the UK’s greenhouse gas emissions are created in domestic settings. But it’s disastrous for our bank balances too. Last month, a group of businesses and charities – notorious green-fingered lefties the CBI among them – urged ministers to undergo a thorough programme of home insulation. Doing so could save households £500 a year, they said. With millions about to see their energy bills soar by £693 a year, that would come in handy.

Britain, in short, desperately needs insulating. And yet when a group of activists tried to tell us that, they were ridiculed, pilloried and threatened. Insulate Britain’s demand was the insulation of every home in this country by 2025. That’s quite reasonable. Yet within three weeks of last autumn’s protests, half of Brits strongly opposed them. As many as 73 per cent believed they were hindering their own cause, including Boris Johnson. He suggested “these people” are not doing “any favours” to the “moral mission” of fighting climate change. Fast forward and it isn’t just Insulate Britain’s message which has been vindicated, but their tactics too.

At every roadblock, instead of engaging with the substance of what activists actually wanted, we scoffed and asked: “is this really necessary?” Six months later, we have an answer: yes. In the past week or so, it’s emerged that 6.3 million people in this country will be plunged into fuel poverty by the energy prices crisis. In response, we’ve shrugged, muttered about “tough times ahead”, tutted at the Treasury and retweeted angry columns about the inequality of it all. We bitch and moan about soaring prices and melting icecaps, but when people come along to disrupt us into doing something about it we complain that they’ve added an hour to the morning commute.

This country – every constituent part of it, not just its politicians – desperately needs Insulate Britain, because it feels increasingly clear that we aren’t going to arrive at the radical solutions needed to fix our fast-changing world by ourselves. Too many balk at the tough trade-offs already necessitated by the climate crisis. We need someone to grab us by the shoulders and shake us, to poke us in the ribs and bellow it from the rooftops. Insulate Britain vowed yesterday that they were “just getting started”. Good. Because they didn’t fail. We did.