John Armitage said he finds "the lack of honour" in modern politics "distressing" - and revealed he donated to Labour last year. 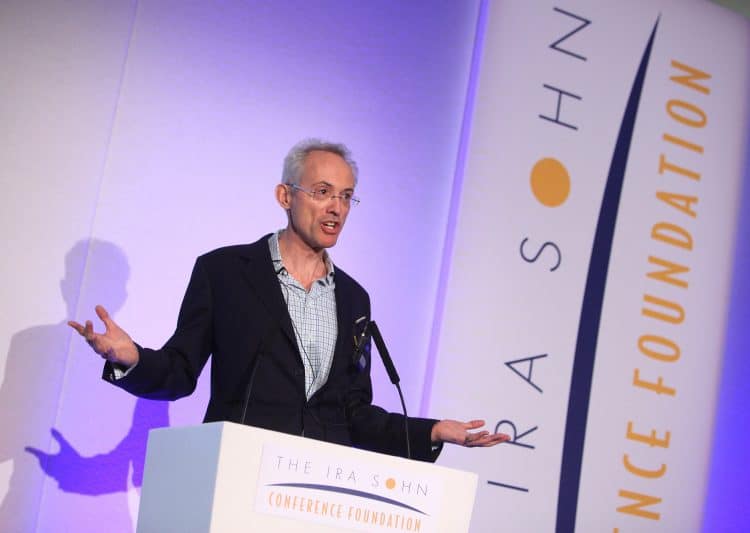 A billionaire Tory donor has dealt a fresh blow to Boris Johnson, claiming he has “passed the point of no return”.

Financier John Armitage, who has given more than £3 million to the Conservative Party, said he believed the prime minister is finished.

He claimed current global challenges to the West necessitate “very serious, engaged politicians with a sense of purpose”.

Speaking to the BBC’s Laura Kuenssberg, Armitage said: “Politicians should go into politics to do good for their country.

“That is the overwhelming reason to be in politics. I don’t think it’s about your own personal sense of getting to the top of a snakes-and-ladders game.”

He added: “I feel that if you lose moral authority and if you do things which the average person – your mother, someone who you admire – if you do something or say something which on the front page of The Sunday Times looks terrible and you do that consistently and you betray a sense of not really caring, I think you should leave.

“I find the lack of honour inherent in modern politics incredibly distressing.”

The hedge fund boss remains a Tory member – but admitted he donated £12,500 to Keir Starmer’s Labour in 2021, having given more than £500,000 to the Tories since Johnson became prime minister.

A Downing Street source later told the BBC that Armitage was “behind the times”, and insisted Johnson was making the changes needed to deliver on his election promises.

Asked if he thinks Johnson’s leadership is past the point of no return, Armitage said: “Personally, yes.”

Armitage, co-founder of hedge fund Egerton Capital, suggested that Johnson’s attempts to change his administration are not enough to win back support.

“What about a sense of personal responsibility? You know ‘I’m going to change my chief of staff and it will all be fine’. Oh, really?”

The BBC said Armitage has told the Tories he will not be giving it any more money as things stand, but he plans to remain a member.

Johnson will face MPs in the Commons on Wednesday after carrying out a limited reshuffle which saw Mark Spencer moved from chief whip to Leader of the Commons, with the previous holder of that role, Jacob Rees-Mogg, becoming Minister for Brexit Opportunities.

New Chip Whip Chris Heaton-Harris told BBC’s Newsnight: “I would like to think we have a very strong prime minister who is going to continue and get stronger and stronger and lead us into the next election, which we will win comfortably.”

Spencer’s continued role in Government has raised eyebrows as he continues to be investigated over his role in MP Nusrat Ghani’s allegations of Islamophobia.

Johnson asked the Cabinet Office to “establish the facts” regarding the Tory MP’s claim that she was told by a whip her dismissal as a minister in 2020 was because of concerns about her “Muslimness”. Spencer identified himself as the whip but denied her accusation.

Health Minister Edward Argar told Times Radio: “There is an investigation going on into those specific allegations that were made… So it wouldn’t be right for me to comment while that process is going on.

“Speaking on the basis of my working relationships, and as a colleague, I’ve always found Mark to be an incredibly decent, forthright and genuine person and I found him to be a highly effective chief whip.”

Related: Johnson ‘won’t resign even if fined by police’