Watch: Steve Bray had a busy morning as he is accused of ‘libel’ by Raab

All the while Dominic Raab's car was parking on double yellow lines! 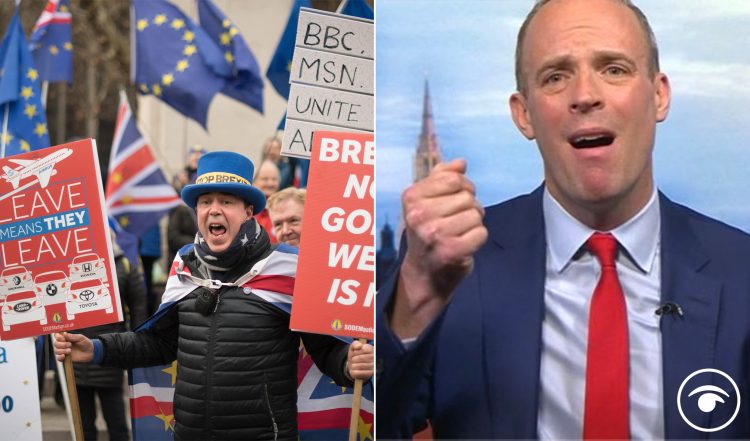 Anti-Brexit campaigner Steve Bray has been busier than usual today.

It kicked off with him appearing on Good Morning Britain, uninvited, and causing mayhem in the background.

People were quite amused by this.

Bray then spotted Tory MP Peter Bone and tried to have a word with him.

Bone appears to be pretending to be on a phone call, classic.

Bray also bumped into Dominic Raab and it all got a bit ‘rule breaky’.

Dom is busy today trying to introduce legislation to Parliament which would bring in a Bill of Rights so the government can ignore European Human rights Court’s decisions.

Steve greeted Raab and to be fair he said hello back. Then he said, “what is it like to be a crook.”

Bray then said: “I never called you a crook, I just asked you what it is like to be one.”

So who was breaking the rules? Well, it appears that Raab’s car was parked on double yellow lines for 40 minutes.