It will also enshrine in law “quintessential” protections against wokery, political correctness and advance of European-style privacy laws. 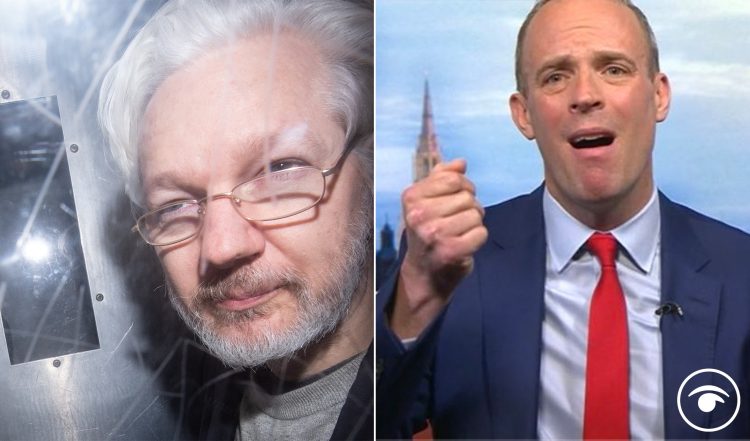 The Government’s new Bill of Rights today will aim to “strengthen freedom of speech” and “curb bogus human rights claims”, they say.

However, the timing couldn’t be worse.

This weekend there were accusations that the prime minister’s office wielded its influence to spike a story on Carrie Johnson.

The Times first reported on Saturday that Johnson tried to hire Carrie, his mistress at the time, in the Foreign Office in a six-figure role, but the article was removed from later editions.

Downing Street admitted there were conversations between No 10 and the paper after its initial publication and before it was pulled.

Mrs Johnson’s spokeswoman insisted the allegations in the Times’s story were “totally untrue”.

But the veteran journalist behind the story, Simon Walters, stood by it “100 per cent”, saying he did not receive an on-the-record denial during discussions with No 10 before publication.

If that wasn’t enough the home secretary has signed an order to extradite WikiLeaks founder Julian Assange to the United States, it was announced on Friday.

WikiLeaks called it a “dark day” for press freedom and British democracy.

With a democracy like this, who needs a Bill of Rights?!

Responding to the introduction of the Government’s controversial Bill of Rights which will be laid before the Commons for the first time today, Amnesty said it would strip the public of its ‘most powerful tool’ to challenge official wrongdoing citing the response to the Hillsborough football disaster, delays over announcing an inquiry into the Covid pandemic, as well as serial failings in the way that police and prosecution authorities investigate endemic violence against women and warned that it represented a ‘giant leap backwards’ for the rights of ordinary people.

“Ripping up the Human Rights Act means the public is being stripped of its most powerful tool to challenge wrongdoing by the Government and other public bodies. This is not about tinkering with rights, it’s about removing them.

“From the Hillsborough disaster, to the right to a proper Covid inquiry, to the right to challenge the way police investigate endemic violence against women, the Human Rights Act is the cornerstone of people power in this country. It’s no coincidence that the very politicians it holds to account want to see it fatally weakened.

“‘Human rights are hardwired into Northern Ireland’s peace agreement and given effect, in part, through the Human Rights Act. It’s ironic that at a time when Ministers are professing their commitment to the Good Friday Agreement, they are now threatening one of its fundamental tenets. Any change in the operation of the Human Rights Act could constitute a breach of the Good Friday Agreement and undermine the finely-balanced peace.”