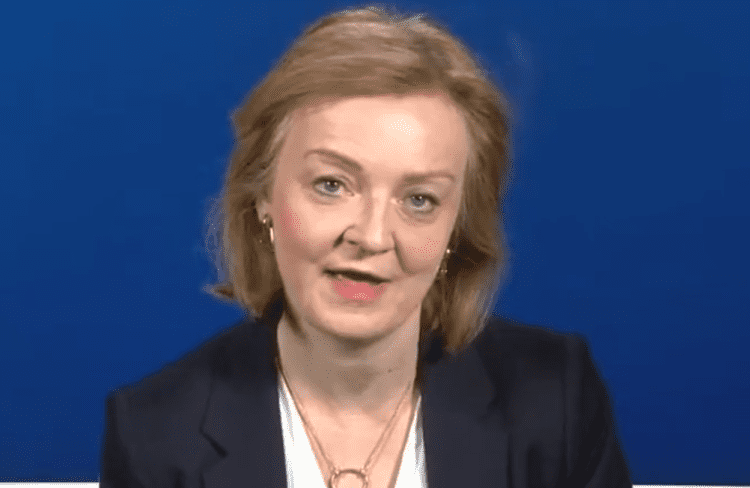 Liz Truss managed to make a fool of herself in another interview as she appeared on Sky’s Kay Burley show and was asked about the minister who told us to work harder and get a better job.

Burley’s question originates from comments made by Helen Maclean in this interview which really got peoples’ backs up.

Burley asked Truss: “Rachel Maclean told me that people just need to work more hours & then they wouldn’t be poor.”

Truss then replied: “That’s a mischaracterisation of what she said.

Burley said: “How is it a mischaracterisation when she told me that twice?”

Truss then smashed a box of eggs on her face and said: “I didn’t see the interview.”

As you would expect this head in your hands moment wasn’t missed online: