Watch: Praise for all the times Simon Calder ensures Brexit to blame for border chaos

“Leaving the EU makes it much harder to leave the UK," the travel journalist has concluded. 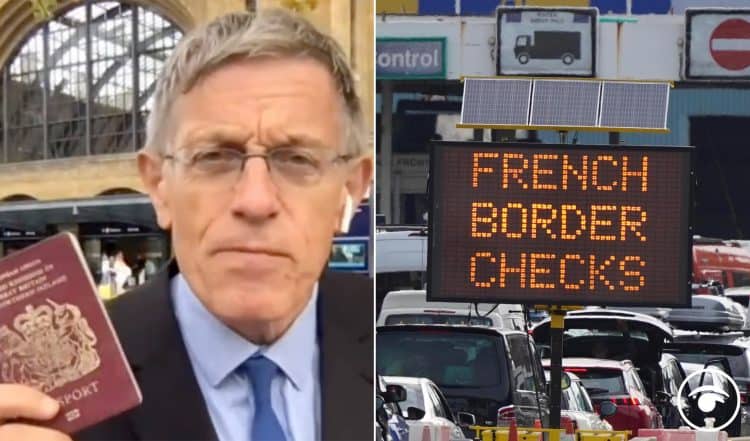 There is chaos at the border, and it is likely to continue during the summer

So who or what is to blame?

He said: “The situation needs to be urgently addressed by the French.

“They need to stop blaming Brexit and start getting the staff required to match demand. It’s absolutely not acceptable to have families stranded in their vehicles like this.”

Liz Truss, Sunak’s rival in the leadership race, said: “This awful situation should have been entirely avoidable and is unacceptable.

“We need action from France to build up capacity at the border to limit any further disruption for British tourists and to ensure this appalling situation is avoided in future.”

One person who is definitely sticking the blame on Brexit is travel journalist Simon Calder. He has been popping up on any new outlet that will take him and has pointed the blame squarely at the doorstep of the UK’s decision to leave the EU.