Well, this is awkward: The Tories and their bombastic boasts have come back to haunt them, following the weekend's disruption in Dover. 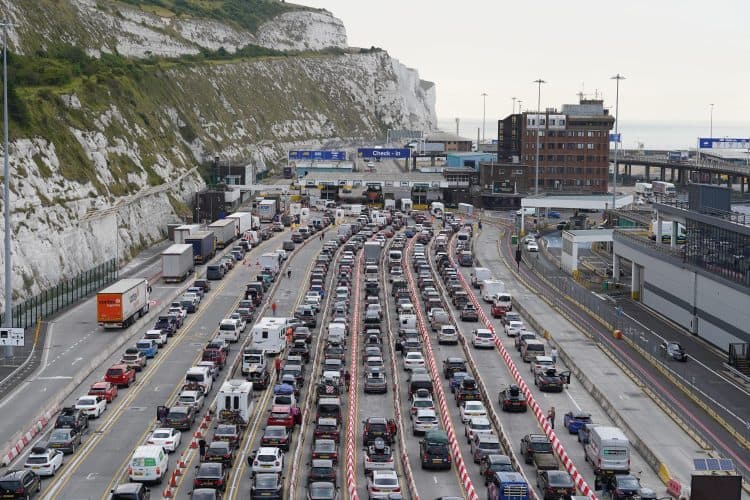 You have to laugh. Well, unless you’ve been caught up in the travel chaos at the Port of Dover this weekend. In which case, continue screaming into the void as planned. A Tweet from the Conservative Party Twitter account, posted three years ago, is now doing the rounds.

As victims of their own Brexit hubris, the chickens have certainly come home to roost this weekend. While the government blames France for creating chaotic delays in crossing the English Channel, the root cause is irrefutably tied to the UK’s exit from the European Union.

As travel expert Simon Calder mentioned earlier, Brexit rules have essentially made it harder for Brits to leave their own country. Passport checks are now more rigorous, and due to a chronic staffing shortage over the past few days, a perfect storm has landed in Dover.

With more families heading towards the port for their summer getaways, the true dividends of Brexit have been exposed. The UK does indeed now have a more rigorous border regime in place – but as many have learned this week, it works BOTH ways.

Dover is 100% ready for Brexit chaos, they said…

That’s why this Tweet, originally posted in September 2019, is objectively quite funny. In that glorious part of Tory history – between nominating Boris Johnson as their leader and turning their Twitter account in a fake fact-checking source – this is a standout moment.

Preparing for the potential chaos of a ‘No Deal Brexit’, the @Conservatives page asked how prepared Dover was for this outcome. It’s CEO gave an ultra confident answer, and well, the rest is history:

Dover mockery another blow for Tories

Even with a Brexit deal in place, it turned out that the Port of Dover was not ‘100% ready’, as previously stated. Thousands of social media users have laid into the post, which has echoes of David Cameron’s ‘chaos with Ed Miliband’ prediction.