Queues are building at the Port of Dover amid fears that the severe disruption seen in recent days could return to Kent. 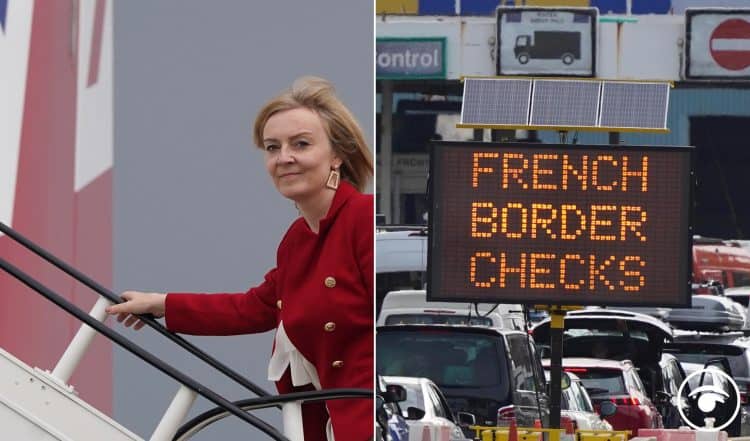 “We need action from France to build up capacity at the border to limit any further disruption for British tourists and to ensure this appalling situation is avoided in future,” Truss said in a statement.

So is it the French who are to blame?

Not according to Filmmaker Peter Stefanovic or travel journalist Simon Calder. You can see Calder’s thoughts in the video below:

It comes as queues are building at the Port of Dover amid fears that the severe disruption seen in recent days could return to Kent throughout the summer.

There were also long queues on the roads approaching Eurotunnel’s Folkestone terminal over the weekend.

Peter Stefanovic has destroyed Truss’s argument that it is France’s fault the UK is seeing so much chaos at Dover.

He tweeted the video and wrote: “Why is it even necessary for me to say this The chaos at Dover has been caused by this Governments insane decision to END FREEDOM OF MOVEMENT FOR BRITISH CITIZENS.”