Will from the Inbetweeners was famously called 'briefcase w*nker, but how many times have you seen Sunak holding up his red box before a budget announcement? Just saying! 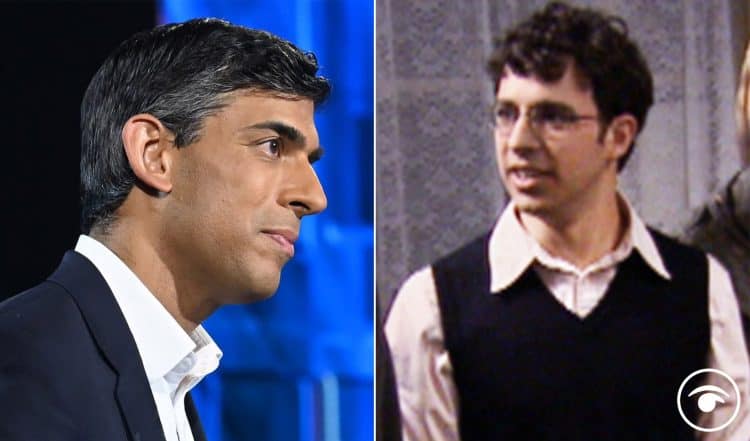 Some people think he sounds like a children’s TV presenter.

He could actually be PM very soon.

The former chancellor and the Foreign Secretary finished in the top two places after five rounds of voting by Tory MPs, with Penny Mordaunt eliminated from the race after a bitter contest in Westminster.

However, Ryane Bourne pointed something out on Twitter and when you hear it, it will never leave you!

He wrote: “Someone told me that if you close your eyes, Rishi sounds like Will from The Inbetweeners and now I can’t unhear it.”

For those of you who don’t know who Will is from The Inbetweeners, we have added a few clips below.

Will, played by Simon Bird in the show, is the private school boy who moves to Rudge Park Comprehensive after his mum can no longer afford his school fees.

Related: As Sunak and Truss battle to be the most Thatcher-like a merged pic of Rishi and iron lady is going viral