Watch: Eddie Dempsey quotes Bob Crow as he urges the nation to stand up for themselves

"This is our country and WE people are taking it back!" wrote one person after watching the clip. 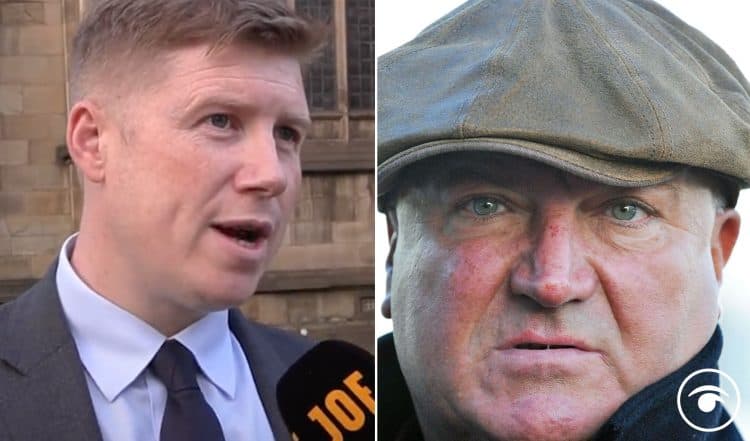 As we head into one of the most worrying times in recent history due to the rising energy costs, spiralling inflation and a likely recession, the unions have become the mouthpieces again to stand up for the nation.

With that in mind, Eddie Dempsey channelled union goliath Bob Crow in a speech to huge crowds last night.

Crow was an English trade union leader who served as the General Secretary of the National Union of Rail, Maritime and Transport Workers (RMT) from 2002 until his death in 2014. He was also a member of the General Council of the Trades Union Congress.

Dempsey’s comments were made as tens of thousands of people have turned out for a rally in Manchester over the soaring cost of living.

He also spoke to JOE and told the website that the people “deserve to be treated better”.

He went on: “We need to stand up and be treated better than we are now.”

Dempsey also slammed politicians saying: “It’s about time [politicians] did a day’s work for the people that actually elected them.”

It comes as rail workers are to stage a fresh 24-hour strike next month in an escalation of the national dispute over pay, job security and conditions.

Members of the Transport Salaried Staffs Association (TSSA) at nine train operating companies as well as Network Rail (NR) will walk out from midday on Monday September 26.

The union remains in talks with NR about the possibility of a settlement but is urging Transport Secretary Grant Shapps to intervene in a bid to break the deadlock.

The strike action will coincide with the Labour Party conference in Liverpool.

But it was a quote by the late Bob Crow that really got the crowd going.

He said: “If you fight you might lose, but if you don’t fight you’ll always lose.”

There is also this video:

Of course, there are many people out there who hate unions and union leaders, but these people were stirred by his words last night:

Related: Huge crowds gather for Enough is Enough rally as half a million sign up to campaign