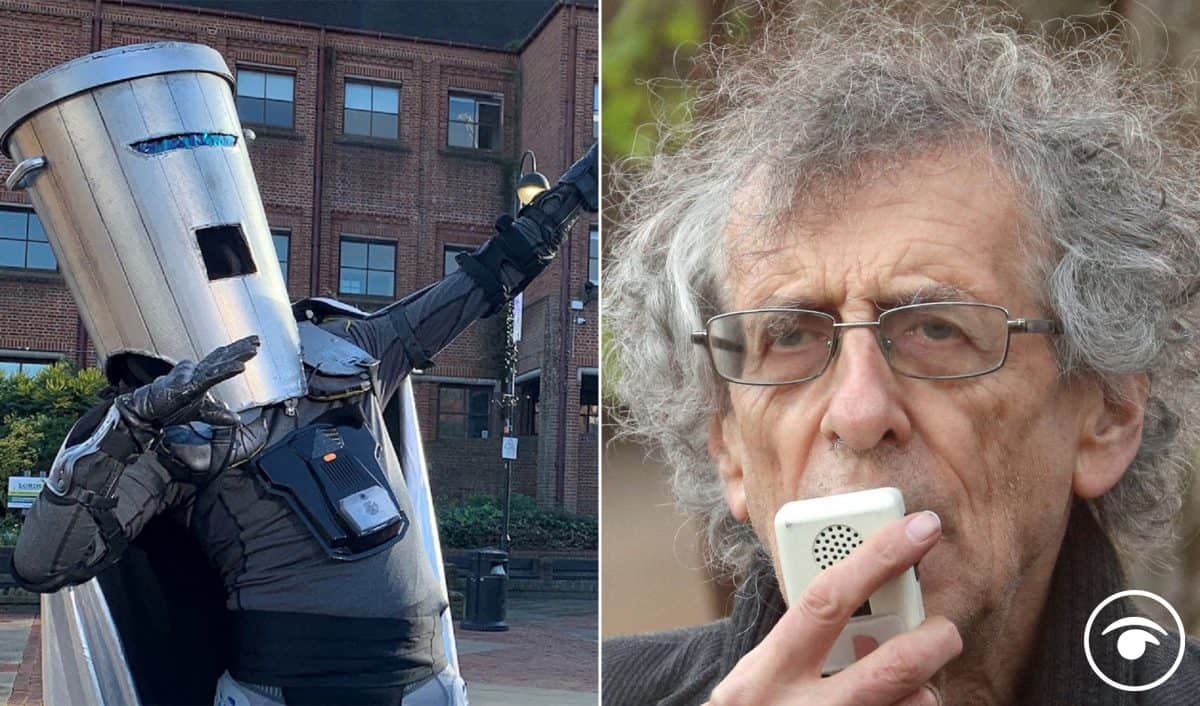 In footage shared on social media, he was filmed ripping off posters on the Tube that remind people to wear masks and maintain social distancing measures. He was, of course, not wearing a mask or social distancing.

Rip all the Covid con propaganda signs down! Piers and team out and about today.

He might be getting into trouble for it as well.

NEW: Officers from the British Transport police are looking into an allegation of criminal damage after a video emerged of Piers Corbyn and another man removing stickers about Covid safety on a Victoria Line tube.

It was Count Binface, remember him, who had the best comeback to Piers.

He tweeted: “I beat you in the election, Piers. A bin-clad space alien from Planet Sigma IX beat you. So it’s with a democratic mandate from the people of London that I can say: kindly leave public safety notices alone, you mad twat.”

I beat you in the election, Piers. A bin-clad space alien from Planet Sigma IX beat you. So it’s with a democratic mandate from the people of London that I can say: kindly leave public safety notices alone, you mad twat. pic.twitter.com/B9BebyDUKR

Fucking state of this lunatic.https://t.co/Yjd5ierila

what infuriates me about cranks like Piers Corbyn and Laurence Fox is that they create a distraction from the far more evidence based take on just how many mistakes this government has made. Read Failures of State if you get the chance.

Piers Corbyn is a disgrace. He should be facing serious penalties up to and including imprisonment for this.
pic.twitter.com/th41rp7M5F

Let’s not forget that before he was crawling around the underground scraping off posters, Piers Corbyn orchestrated a mass protest outside St Thomas’ Hospital as exhausted staff treated dying Covid patients on ITU at the peak of the second wave.

Just popped into Twitter to say that Piers Corbyn is a fucking idiot. Thank you.

What a petty cockwomble Piers Corbyn is. https://t.co/rUx7XMTXA4

Bet @sainsburys won't be too chuffed to see one of their carrier bags used as an accomplice for #PiersCorbyn's illegal sticker collection… pic.twitter.com/qUSxA0galZ

Do you have one in your family?!

Almost every family has a "Piers Corbyn"