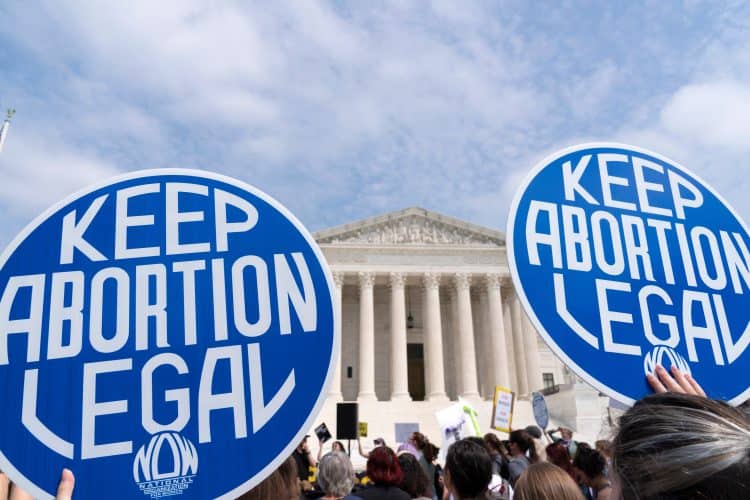 People on both sides of the abortion divide have been expecting the Supreme Court this summer to reverse the landmark 1973 Roe v Wade case that legalised abortion nationwide.

The change would give states the power to decide the legality of abortion. More than half are likely to quickly ban abortion.

Abortion clinics in those states opened on Tuesday morning, still seeing patients but uncertain about the future.

The daily rituals unfolded as they always do: protesters screamed at people walking inside, clinic escorts tried to shield them and hustle them in the doors.

“Please overturn Roe v Wade,” said Barbara Beavers, who stood outside the clinic in Jackson, Mississippi, on Tuesday, trying to persuade people against going inside.

“Have mercy on our unborn children. We’re destroying our future, killing our babies.”

Jean Folsom stopped by the clinic on her way to work, to thank the volunteers who help pregnant people pass protesters like Beavers.

“I really appreciate their efforts, and obviously based on the news last night, I’m worried that this is one of the last times I’ll see them,” said Ms Folsom.

With this era-defining change potentially on the cards people have been rewatching legendary Gerogie Carlin’s stand-up routine on the matter.

“They’re all in favour of the unborn”, Carlin says. “They will do anything for the unborn. But once you’re born, you’re on your own. Pro-life conservatives are obsessed with the fetus from conception to nine months. After that, they don’t want to know about you!”