Nadhim Zahawi was rolled out to do the media rounds this morning after Boris bought his loyalty by handing him a lofty promotion. 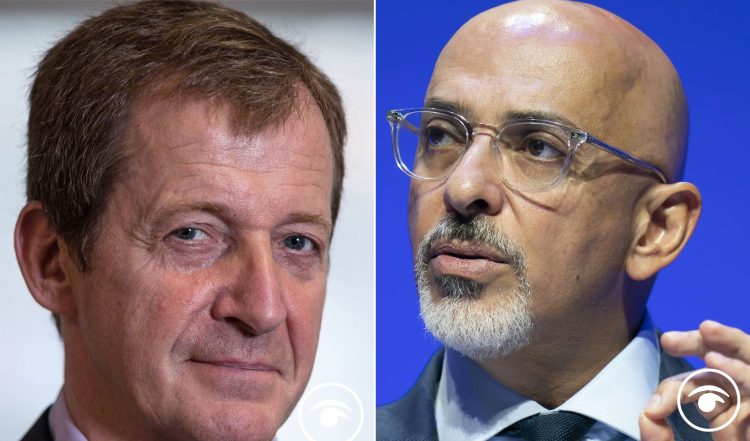 Nadhim Zahawi has been appointed chancellor of the Exchequer.

So it was left to our new chancellor Zahawi to do the media rounds this morning to try and defend the PM.

He had just been handed up a job that many will say is well above his capabilities, so Johnson has bought his loyalty.

It is probably worth Nadhim noting that children’s minister Will Quince just resigned after he was fed lies before stepping in to defend the PM on GMB on Monday.

It seems Nadhim ignored this and went on to make some pretty strange statements.

He then popped up on Sky News with Kay Burley.

He appeared to blame Alastair Campbell for the problems the PM has caused.

Campbell was quite blunt in his resposne, simpy writing: “weirdo.”

He then followed up with this thread: